Trump's chief strategist Steve Bannon: 'No doubt' the US will be at war with China in the next few years 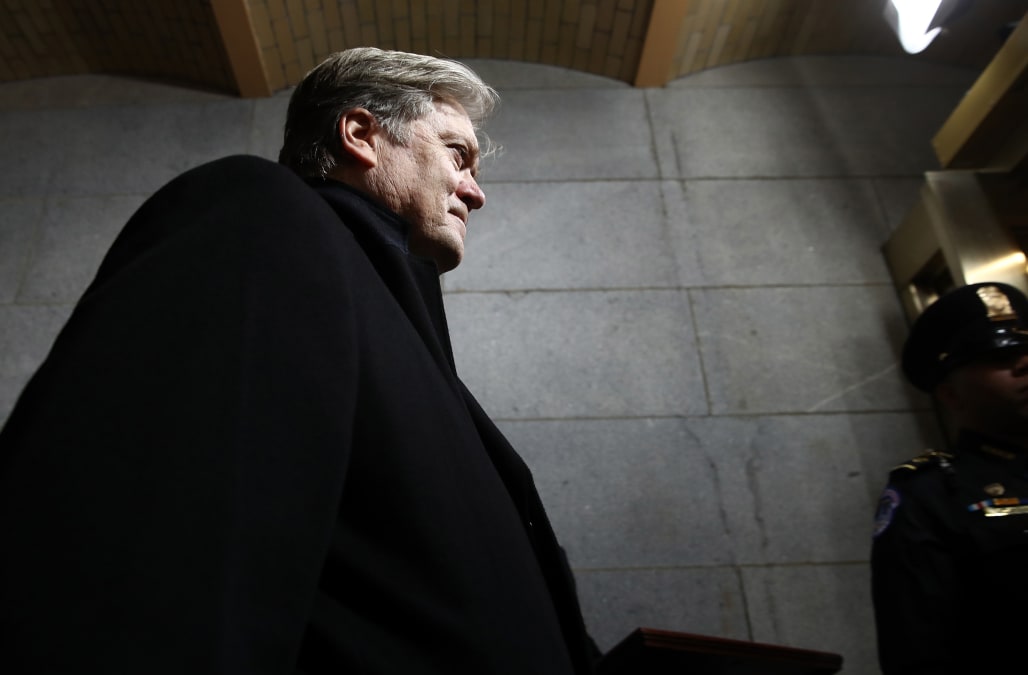 Steve Bannon, the assistant and chief strategist to President Donald Trump believes the U.S. will be at war with China within the next few years.

Speaking on his radio show in March 2016, Bannon predicted relations between the U.S. and China would ultimately escalate to conflict over the next decade.

"We're going to war in the South China Sea in five to 10 years, aren't we?" said Bannon.

"There's no doubt about that. They're taking their sandbars and making basically stationary aircraft carriers and putting missiles on those. They come here to the United States in front of our face — and you understand how important face is — and say it's an ancient territorial sea."

One of the key talking points of Trump's presidential campaign was targeting China for, among other things, the manipulation of their currency.

At an Indiana rally in May 2016 Trump caused controversy by comparing the U.S.-China relationship to sexual assault.

"We can't continue to allow China to rape our country, and that's what they're doing," said Trump.

"We're going to turn it around. And we have the cards, don't forget it. We're like the piggy bank that's being robbed. We have the cards. We have a lot of power with China."

Senator John McCain has recently called out China, saying the country was "bullying" South Korea through a "campaign of economic retaliation" for the joint alliance decision to deploy the THAAD missile defense system.

China has expressed concerns over the THAAD system possibly being used to monitor its missile launches.

The controversial former executive chair for Breitbart News recently caused a stir after Trump initially ousted the most senior intelligence and military officials as regular members of the National Security Council and appointed Bannon on the key panel.

White House spokesman Sean Spicer later announced that Trump will reinstate the director of the CIA as a regular Principals Committee member.