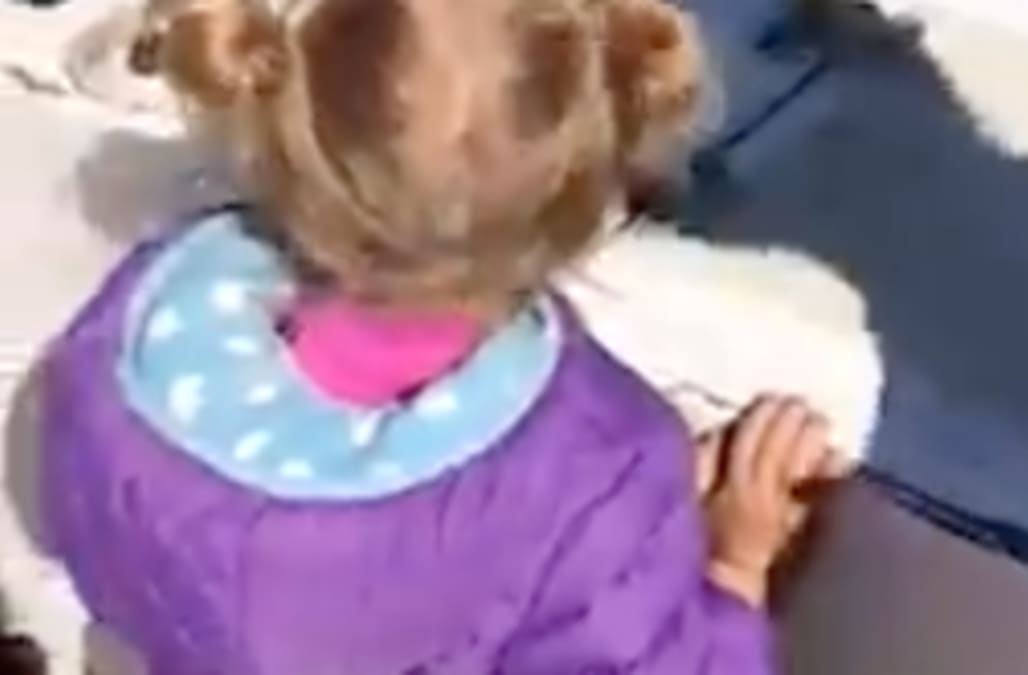 One family got a serious treat when two sea lions grabbed hold of the stern on their boat and rode along for a ride. With one toddler on board and a baby sea lion in the water, this video is a recipe for cuteness overload.

TAUNTON, ENGLAND - DECEMBER 09: A baby seal with an injured eye looks out from its cubicle as it rehabilitates in a ward in the animal welfare building at the RSPCA Centre at West Hatch on December 9, 2015 in Taunton, England. The Somerset animal sanctuary has had an influx of seals in recent weeks and more have arrived in the past few days after being washed up on beaches in the recent storms. Once spotted, the washed up seals are monitored by various animal rescue charities to insure that they are orphans. Once identified as in need, the seals, who are mainly rescued from beaches in Wales, are brought to the centre to be rehabilitated until such time that they are well and strong enough to be released back into the wild. (Photo by Matt Cardy/Getty Images)

PUNTA NINFAS, ARGENTINA - FEBRUARY 2015: The elephant seals gnash at each other with their teeth, in February, 2015, in Punta Ninfas, Argentina. A PAIR of seals go FLIPPING mad as they attack each other in the surf. The furious sea mammals whacked and gnawed at each other as waves crashed on to the beach at Punta Ninfas in Argentina last month. While the cause of their argument was unknown, the elephant seals disturbed the peace as their fellow animals slept serenely on the sand. Chantelle Stobbe, 34, from Canada, watched as the fight exploded into action. PHOTOGRAPH BY Chantelle Stobbe / Barcroft Media (Photo credit should read Chantelle Stobbe / Barcroft Medi via Getty Images)
SOUTH GEORGIA, ANTARCTIC PENINSULA - UNDATED: A southern elephant seal appears to have smug look on its face as it protects one of the females in its harem on Gold Harbour, South Georgia, Antarctic Peninsula. NOBODY likes a bad winner - but who would tell this massive elephant seal seemingly chuckling in the surf after securing a huge harem of females. The battle-scarred giant even seems to smirk as he cosies up to one of his mates while still in sight of his randy rivals. Wildlife photographer Justin Hofman was able to capture these close-ups on South Georgia Island because many of the males were too tired from fighting to charge him. PHOTOGRAPH BY Justin Hofman / Barcroft Media (Photo credit should read Justin Hofman / Barcroft Media via Getty Images)

SANTA BARBARA, CA - APRIL 18: A sea lion makes its way onto the sand at Gaviota State Beach, entertaining dozens of sunbathers on April 18, 2015, near Santa Barbara, California. Because of its close proximity to Southern California and Los Angeles population centers, the coastal region of Santa Barbara has become a popular weekend getaway destination for millions of tourists. (Photo by George Rose/Getty Images)
A bearbed seal swims on January 27, 2015 at Oceanopolis, an Ocean Discovery Park in the western French port of Brest. AFP PHOTO / FRED TANNEAU (Photo credit should read FRED TANNEAU/AFP/Getty Images)

A seal lion and penguin are spotted together in Antarctica

A close-up of an adorable seal's face

Portrait of seal in Antarctica