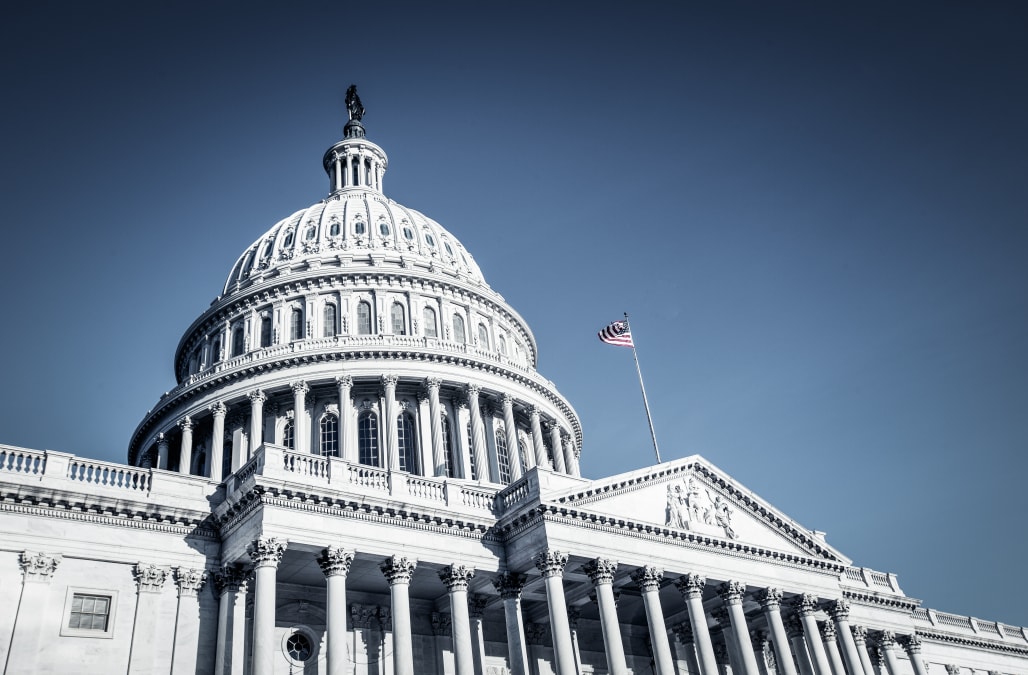 Democratic senators on the Senate Finance Committee on Tuesday boycotted votes on President Donald Trump's picks for Treasury secretary and secretary of Health and Human Services, opening up a new front in the battle over the president's Cabinet.

Not a single Democratic senator on the committee showed up for the votes on Mnuchin or Price, boycotting due to what they consider unanswered questions in regards to Mnuchin's and Price's business dealings.

The 26-person committee, with 14 Republicans and 12 Democrats, needed at least one Democrat to be in attendance for a vote to proceed.

Hatch also said the boycott is "one of the most alarming things I have seen in my whole 40 years in the Senate" and that Democrats should "stop posturing and acting like idiots."

Democratic Sen. Sherrod Brown said at an impromptu press conference in the hallway outside of the committee's meeting room that Mnuchin and Price "lied" about business dealing in front of the committee.

"We're not going to this committee meeting today because we want the committee to regroup, get the information, have these two nominees come back in front of the committee, clarify what they lied about — I would hope they would apologize about that — and then give us all the information we need for our states," said Brown.

Republicans on the committee showed up for the vote and went member-by-member, expressing displeasure with the boycott by Democrats.

Both Mnuchin and Price have faced questions from lawmakers over their previous business dealings.

Price had a number of investments in healthcare-related stocks while also drafting legislation that had influence on the healthcare sector. Additionally, an investment in an Australian pharmaceutical company was called into question as a possible violation of the STOCK Act, which governs investments from Congressional members.

Rep. Tom Price gets into an elevator at Trump Tower, November 16, 2016 in New York City. President-elect Donald Trump and his transition team are in the process of filling cabinet positions for the new administration.

Rep. Tom Price arrives at Trump Tower, November 16, 2016 in New York City. President-elect Donald Trump and his transition team are in the process of filling cabinet positions for the new administration.

U.S. Rep. Tom Price (R-GA) (L) is welcomed by Senate Finance Committee Chairman Orrin Hatch (R-UT) prior to testifying before a confirmation hearing on his nomination to be Health and Human Services secretary on Capitol Hill in Washington, U.S., January 24, 2017. REUTERS/Carlos Barria
Up Next

Mnuchin was attacked for failing to disclose nearly $100 million in assets — mostly real-estate holdings — and directorships at offshore entities related to his hedge fund, Dune Capital Management. Additionally, Democrats called out foreclosure activities by OneWest Bank, a mortgage lender owned by a group led by Mnuchin.

Mnuchin claimed during testimony that OneWest had not used robo-signing for foreclosure documents, but an investigation by the Columbus Dispatch showed that the process was used for at least some loans in Ohio.

Steven Mnuchin, Treasury secretary nominee for U.S. President Donald Trump, right, attends a swearing in ceremony of White House senior staff in the East Room of the White House in Washington, D.C., U.S., on Sunday, Jan. 22, 2017. Trump today mocked protesters who gathered for large demonstrations across the U.S. and the world on Saturday to signal discontent with his leadership, but later offered a more conciliatory tone, saying he recognized such marches as a hallmark of our democracy.

Republicans said Democrats' objections weren't enough to stop the nomination of the two candidates that they saw as qualified.

Offices of Democratic members of the committee didn't immediately respond to requests for comment.

SEE ALSO: Trump's top health official nominee got a special deal on an investment, contrary to what he told Congress