3 teens buy homeless man food and clothes in kind gesture: 'It was an awesome experience' 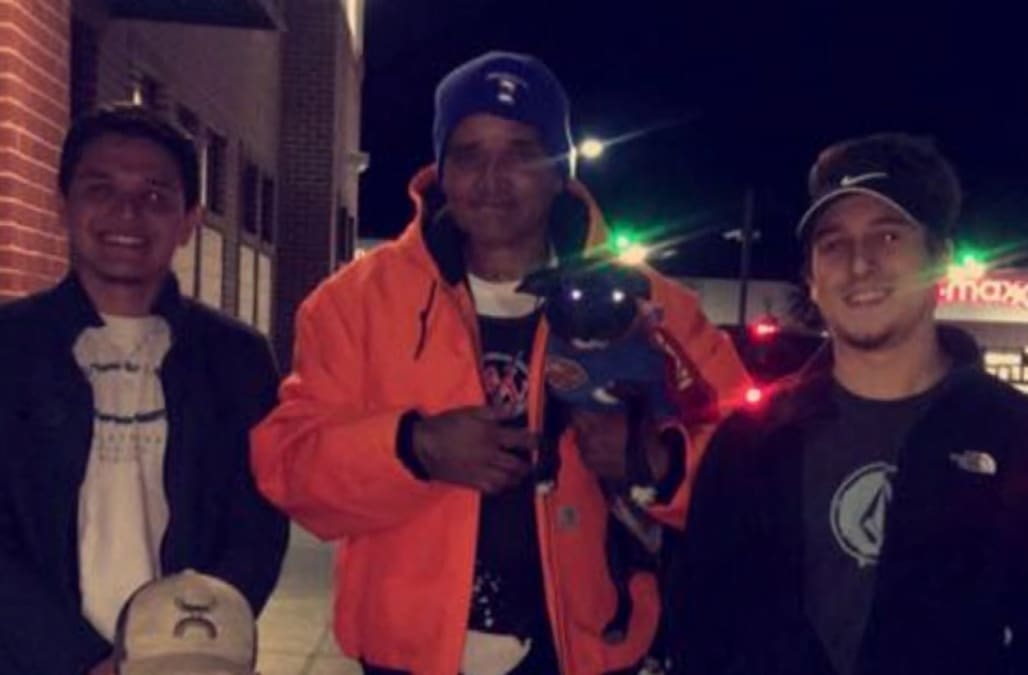 Three teens say they pooled their money together to help out a homeless man at a Texas Chick-fil-A in a heartwarming moment captured on video.

The boys — Ryan Cook, Joshua Mechell, and Alberto Montiel — spotted the man sitting in the Corpus Christi restaurant by himself Thursday night and decided to buy him a meal.

Read: Single Mom and 4 Kids Surprised With Fully Furnished Home After Years of Being Homeless

The restaurant workers told the Cook that the man only ever asks for water or nuggets for his pet dog, and it was that selflessness that led them to do more for the man.

"People were telling us there how he never asks for handouts," Cook told InsideEdition.com. "We saw him crying and we saw him struggling to buy a meal. So I decided to go buy him a gift card."

They told Eddie to wait while they headed to a nearby Dick's Sporting Goods and picked up a coat, three shirts, hats, and a first-aid kit, before surprising him with the items.

Dick's even chipped in, giving the teens some display merchandise and pitching in $20 towards their purchase.

"When I gave him the gift card I saw a picture of Jesus on the table and a worn-out bible," Cook said.

In the video of the exchange, which has now gone viral, Eddie is clearly ecstatic at the gesture.

He reportedly told the teens that he didn't receive anything for Christmas this year so the moment touched him.

"It was an awesome experience. He quickly got out of his chair. He was so excited and happy to see something new in his life. I told him just think about it as a late Christmas," Cook said.

The teens said they didn't initially plan to put the video on social media but they hoped that the video might inspire others to give.

The teens say they have kept in contact with Eddie and plan on getting him a motel and a nice meal for Super Bowl Sunday.

"We just want to make the world a better place to live in, and we want to inspire people to make a difference," Mechell told InsideEdition.com.