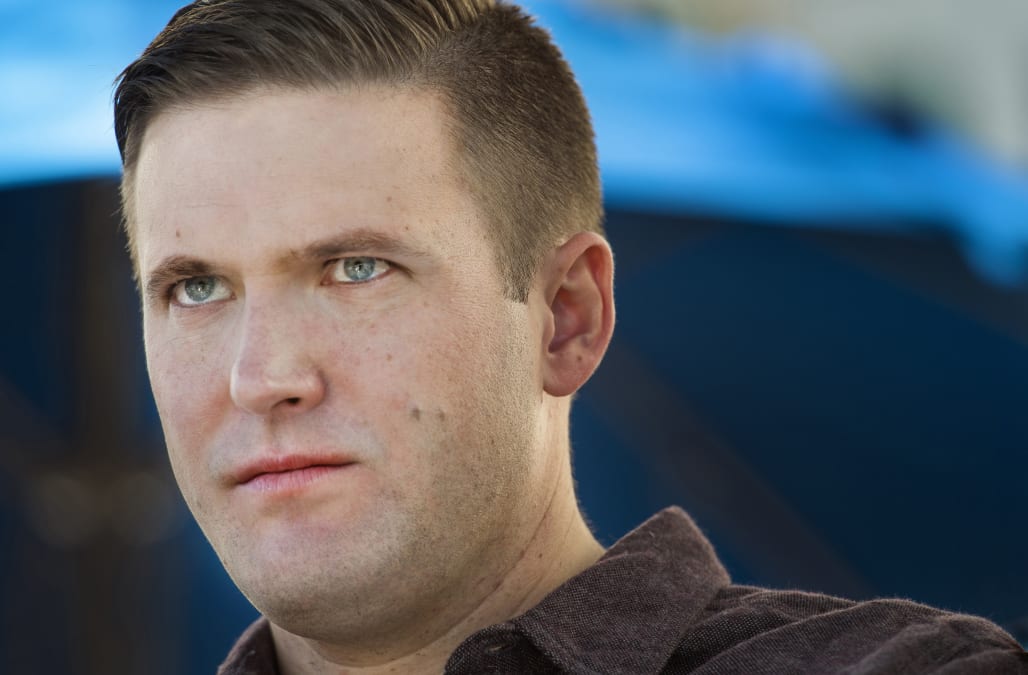 White nationalist Richard Spencer, days after being punched in the face at Donald Trump's inauguration, claimed in a new interview on Tuesday that no matter what the president says, Donald Trump is a member of the alt-right.

"Trump is a white nationalist, so to speak, he is alt-right whether he likes it or not," said alt-right leader Spencer in a recent interview on "The David Pakman Show."

Spencer is credited with coming up with the term alt-right, the name for the far-right racist fringe movement that often subscribes to anti-immigrant, anti-Semitic and anti-feminist ideologies.

Anti-Trump inauguration protester signs
Up Next


Spencer, who says he is an "identitarian," has been labeled a Nazi for his white nationalist views and his actions on a leaked tape that shows him saying "hail Trump" during a speech in Washington D.C. as audience members apparently give the Nazi salute.

Spencer has stated that the saluting and hailing of Trump was in jest.

However, what's not a joke for Spencer is the Trump presidency, which he believes can offer a platform for his white nationalist movement that would've been impossible if any other 2016 candidate had won.

"I'm very happy to hear Trump say things like "America first," said Spencer referring to the controversial phrase Trump used during his inaugural address. "We would not have heard that, certainly from Barack Obama, but we wouldn't have heard that from Jeb Bush or Ted Cruz."

While Spencer says he doesn't believe Trump agrees with everything his movement stands for, he does think "the arrow of Donald Trump" points toward white nationalism and identity politics.

Trump has denounced the alt-right movement in the past, and when asked if his election and campaign emboldened racists or white nationalists he said, "It's not a group I want to energize, and if they are energized, I want to look into it and find out why."

More from AOL.com:
'I'm here today to honor our democracy': Hillary Clinton tweets as she arrives at Trump's inauguration
Anti-Trump protests intensify on morning of inauguration
Every Trump inauguration protest happening in Washington this week