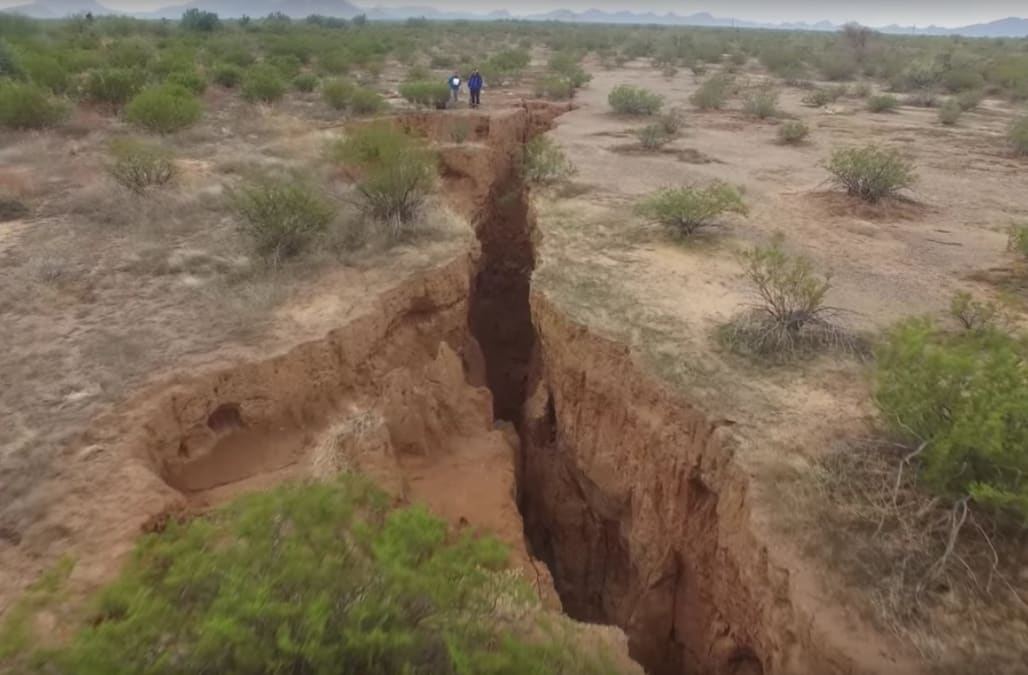 A recent geological survey conducted via drone revealed there is a wide and roughly 2-mile long crack running through the desert in Pinal County, Arizona, reports Fox News.

This isn't first giant crevice to form in the area, but, at this time, it is reportedly the longest.

Joe Cook of the Arizona Geological Survey estimates the fissure began forming in 2014 and likely began to emerge after heavy rainfall, notes KVOA.

He also noted the southern half of the fissure seems to be newer, perhaps appearing on the surface as recently as 2016.

Ground openings such as this one have been linked to structural damage and dangers to area livestock.

RELATED: See some photos of the other large crack in the Arizona desert: