Worker turns herself in after allegedly putting blood on customer's burger 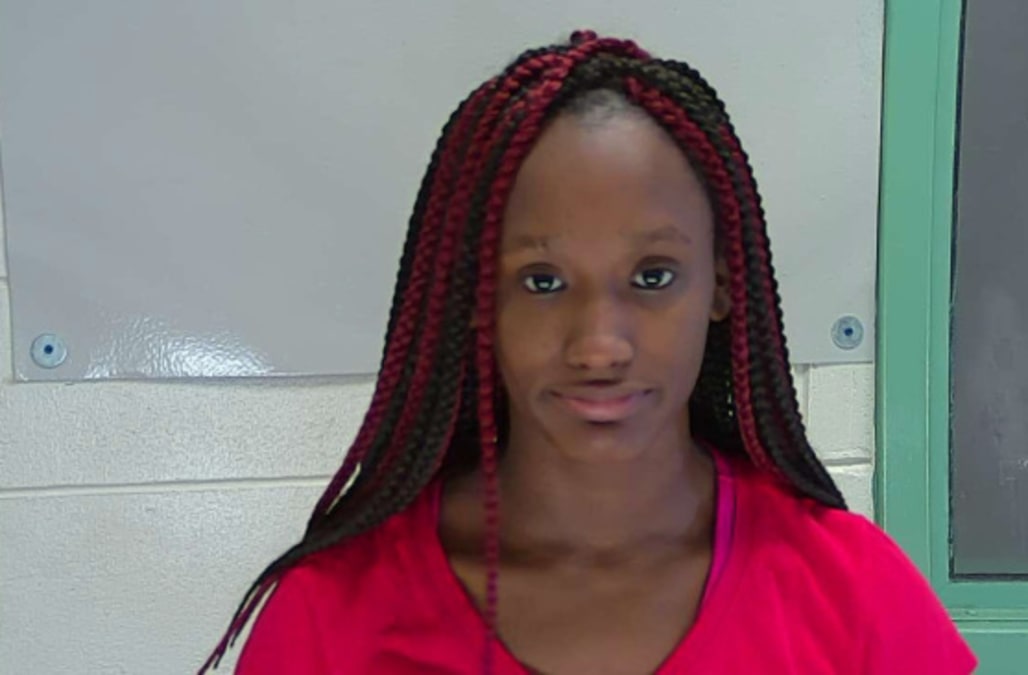 A fast-food worker turned herself in to police custody on Monday after allegations arose surrounding an incident in which the employee put menstrual blood on a customer's hamburger.

The Jack's fast-food restaurant where the worker was employed and the Mississippi State Department of Health are investigating the alleged contamination after a now-deleted post on social media went viral.

A Facebook post claimed that Jack's employee Sky Juliett Samuel, 18, intentionally contaminated a customer's hamburger with her own menstrual blood during a drive-in order.

Should you wash your turkey before cooking it?

Whether it’s a Thanksgiving turkey or a weeknight piece of pork, rinsing poultry, meat or eggs before cooking them is likely to do more harm than good. Besides the fact that any bacteria you think you’re washing away should be killed off when cooked, “you’re increasing your chances for cross-contamination,” since the meat’s juices can land in your sink or on your countertop and mingle with other foods, Steinberg says.

Should you wash pre-washed produce?

Giving your spinach or snap peas another scrub-down isn’t being safe, it’s being sorry for potentially exposing the greens to harmful bacteria in the sink or on your countertop – and for wasting your time. "If bacteria managed to survive the chlorinated wash in the processing plant, it will likely survive the additional rinsing at home," says Steinberg, who recommends buying non-bagged produce if you’re going to wash it anyway. Just be sure to rinse it under running water – not soap, detergent, bleach or commercial washes, suggests Foodsafety.gov, which is run by the Food Safety and Inspection Service, the U.S. Food and Drug Administration and the Centers for Disease Control and Prevention.

Can you wash potatoes in the dishwasher?

Speaking of detergent, Steinberg has been surprised by how many people think washing potatoes in the dishwasher is a cute hack rather than a bad idea. “The dishwasher wasn’t designed to wash food; it was designed to wash dishes,” she says. “And whether or not there’s soap in there that cycle, you have residual chemicals that have gone through that machine.” And don’t even try arguing that eating dishwasher-cleaned potatoes is the same as eating off a dishwasher-cleaned plate: Your potatoes, unlike your dishes, are sponges for risky agents, Steinberg says.

Do you need to wash watermelon?

Among the foods you actually do need to wash – but may assume get a pass – are fruits with rinds like watermelon, cantaloupe and oranges. “Wash all produce because whatever’s on the outside will be transferred to the inside” when you slice into it, Steinberg says. Even food with peels like bananas should ideally be washed since your hands can transfer bacteria on the peel to your mouth. To wash sturdy fruits and vegetables thoroughly (cucumbers count, too!), use a clean produce brush, Foodsafety.gov suggests.

How often do you need to wash your hands when cooking?

In the case of hand-washing while cooking, more is better. Foodsafety.gov recommends doing so for 20 seconds with plain soap and warm water before, during and after preparing food, and especially after handling uncooked eggs, raw meat, seafood or poultry. And don’t forget to remove your jewelry before cooking, adds Monica Amsterdam, director of nutrition at the Medical and Wellness Center of New Jersey. “Jewelry can hold and harbor microorganisms contaminating the food that we’re eating,” she says, as can touch-screen devices. “If you have to use your electronic device while cooking, make sure to disinfect it first,” Amsterdam says.

Recipes that have rest times – or how long the dish should rest off the heat before digging in – have them for a reason: “to allow the product to cook thoroughly,” says Janell Goodwin, a technical information specialist at the U.S. Department of Agriculture. Take that goal a step further, she suggests, by using a food thermometer to see if your meal has reached what the USDA considers safe. “The most underutilized utensil that is really the secret of cooking is the food thermometer,” Steinberg says, since you're also likely to overcook foods if you rely solely on, say, the juices' color.

Is the 5-second rule legit?

If you drop that steamy, buttery croissant on the ground, resist the temptation to grab it and pretend like nothing happened, Goodwin says. New research supports her: In a recent study, researchers found that all kinds of foods can become contaminated with harmful bacteria after less than one second on the floor, although the longer they’re grounded and the wetter the food, the riskier it seems. If your dog or cat licks your food, consider it untouchable, too, Goodwin adds. “Our pets, although we love them dearly, can carry harmful bacteria in their mouths that aren't necessarily harmful to them, but can be harmful to us,” she says.

Can you cool food in the refrigerator?

Your guests are hungry and you’ve got a hot pot of chili to appease them – key word being “hot.” How can you serve it quickly without burning their tongues? While you can put hot food in the fridge, Steinberg says, it’s important to do it in smaller portions so that the food cools uniformly and as quickly as possible. “Improper cooling,” she adds, “is a big way that people get foodborne illness.” If you want to store, not serve, hot food, follow the same protocol or put it in shallow containers or an ice bath, while stirring every 10 minutes or so, Steinberg suggests.

How long is food safe on the counter?

Good food, drink and conversation can make it easy to forget just how long ago you abandoned that casserole on the counter. But if it’s been close to or over two hours, don’t try to salvage it, experts say. “Throw it out; it should never be reheated” at that point, Steinberg says, since a couple of hours at room temperature is plenty of time to accumulate bacteria that won’t be killed off. Hot or cold foods shouldn’t be transported at room temperature for more than two hours either, she adds. “Keep hot foods hot and cold foods cold.”

How long can I keep leftovers?

Nothing beats a thick sandwich stuffed with leftovers from yesterday’s Thanksgiving feast. A lot beats a thick sandwich stuffed with leftovers from last week’s Thanksgiving feast. “Never [eat leftovers] beyond seven days,” says Steinberg, who recommends an even more conservative three or four day limit for meats and poultry. Remaining food, however, doesn’t have to go to waste: Almost all food can be frozen indefinitely, Goodwin says. “Freezing … prevents the growth of microorganisms that cause both food spoilage and foodborne illness,” she says. Check out the USDA’s app to look up the recommended storage times for thousands of foods.

How many times can you reheat something?

Every time you reheat, say, mashed potatoes, you’re sending them into what Steinberg calls “the temperature danger zone” – that range between 40 and 140 degrees F that’s prime for harmful bacteria growth. While one zap through the microwave is safe so long as your food's cooked to 165 degrees F, thoroughly stirred and reheated in an explicitly “microwave-safe” container, reheating and re-refrigerating the same batch day in and out just multiplies the food’s visits through the danger zone, Steinberg says. Instead, only reheat what you know you can eat. “You get one try,” she says.

The state health department said they sent an inspector to the restaurant following the allegations. Jack's passed the inspection, however, so the allegation was then reported to local law enforcement officials for criminal investigation.

The Columbus Police Department said they will conduct further investigation into the incident.

If she is convicted, Samuel will face up to five years in prison.

Jack's restaurant also released this statement regarding the allegations:

Food safety is our top priority at all Jack's Restaurants. As part of our rigorous food safety program, Jack's maintains strict food handling policies and procedures that all team members must follow.

Jack's was recently made aware of an audio tape recording posted on social media, which allegedly claims that an employee at a restaurant in Columbus, MS potentially violated our stringent safety standards. The employee allegedly involved in this incident was terminated several days ago for unrelated reasons and no longer works for us. At the time of her dismissal Jack's was not aware of these allegations.

At Jack's, we take these allegations very seriously and are working to determine the validity of these claims. Additionally, we are committed to taking further action if appropriate.