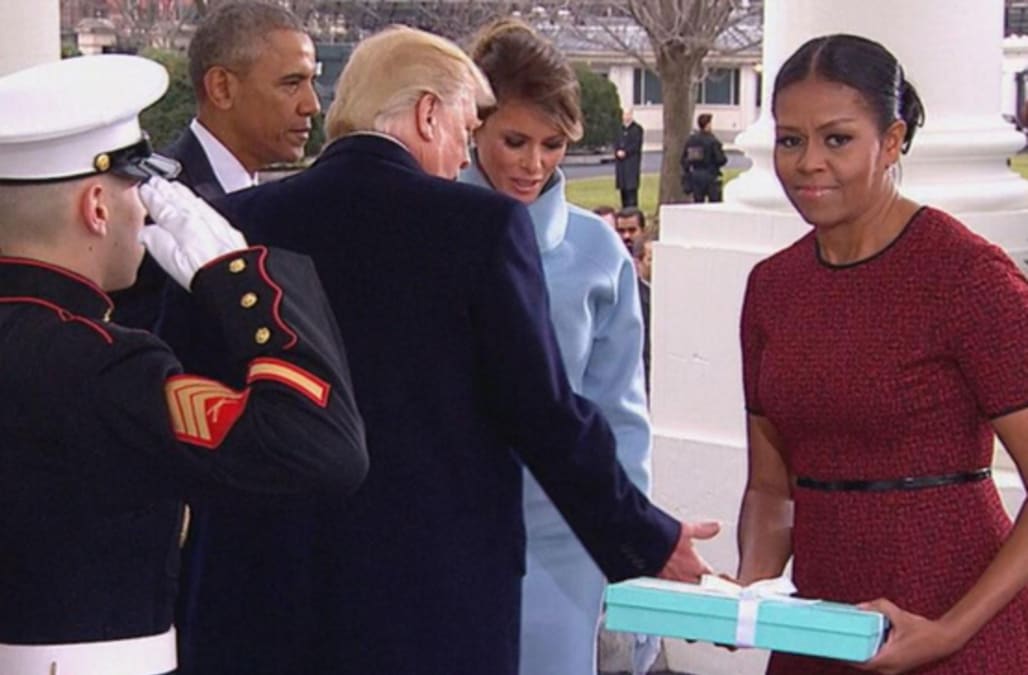 Call it the first mystery of the Trump administration: What was inside the Tiffany's box that Melania Trump handed to Michelle Obama prior to the inauguration?

The internet has since been running wild with speculation about the gift.

The iconic Tiffany box was seen when the Trumps stepped out of their car to greet the Obamas at the White House, leading to an awkward exchange.

A surprised Mrs. Obama said: "You brought us gifts?"

At first she wasn't exactly sure what to do with the box, until her husband handed it to a White House staffer.

Social media went crazy, and a guessing game was born:

At Tiffany in Manhattan, located next door to Trump Tower, Inside Edition went to figure out what could fit inside the box. Some of the possible items included a picture frame ranging in price from $650 to $1,000, and a silver tray that retails for about $4,400.

More from Inside Edition:
First Lady of Fashion: Melania Trump Channels Jackie Kennedy at Inauguration
Donald Trump Tells Democrats Boycotting His Inauguration: Give Me Your Tickets
As Obama Closes a Chapter on American History, Donald Trump Begins to Write His