Farmers really do feed their cows Skittles -- here's why 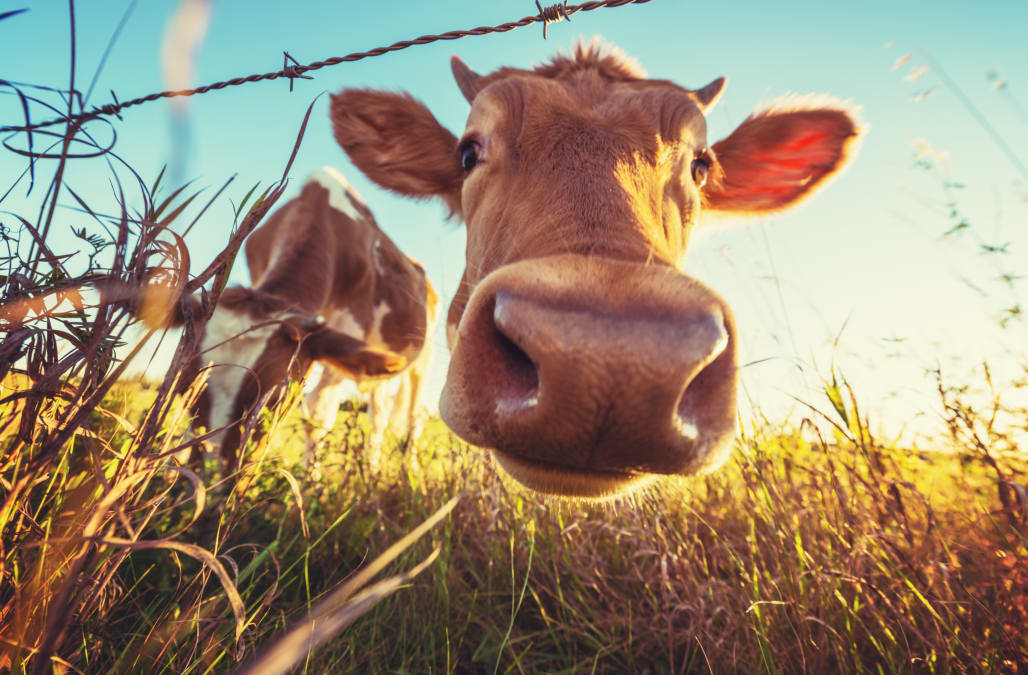 The future hamburgers of America are allegedly chowing down on the best flavor of Skittles.

Last week, a massive load of red Skittles fell off the back of a truck and spilled onto a rural highway in Wisconsin. In a Facebook post about the incident, the Dodge County Sheriff's Office noted that the candies were supposed to become cattle feed.

So do cows only like red Skittles? Why don't they like the yellow ones? What about the purple ones?

Wait... why are farmers feeding candy to cows in the first place?

Mars, Skittles' parent company, told the Associated Pressthat the company sells candy not fit for sale to processors that incorporate the candies into livestock feed. The candy giant confirmed that the Skittles factory in Waco, Texas, sells unused Skittles to a processor that melts down the candies into a syrup.

At other farms, the candy does not get melted before it's given to the cows.

Why are farmers resorting to candy-laced animal feed?

It's more economical to buy unused candy for feed instead of corn, CNN reported in 2012. With rising corn prices, candy was a cheaper substitute and a good source of carbohydrates.

Mike Yoder, a dairy farmer in Middlebury, Indiana, told CNN he feeds his cattle "candy, hot chocolate mix, crumbled cookies, breakfast cereal, trail mix, dried cranberries, orange peelings and ice cream sprinkles" that are blended into conventional feed. A livestock nutritionist told him to limit the candy to 3% of the cows' diet. The sugar in candy won't have a bad effect on the cow or the human eating it, Chuck Hurst, a livestock nutritionist, told CNN.

Candy before it gets integrated into feed.

Some ranchers don't even remove the candy wrappers before feeding the cheap sugar to their cattle, Mother Jones noted.

Here's what candy debris looks like before it gets mixed in with feed.

"At first I was offended by the thought," of cows eating candy, Janeen Hall Cole, a dairy farmer at Apple Dairy, a Michigan dairy farm, said toMic in a Facebook message. Cole said she later came around to the idea after her husband reminded her that sugar helps dairy cows digest. Cole said she feeds her cows molasses mixed with corn and hay silage.

Cows chowing down on candy.

An article from Maurice Eastridge, a professor in the department of animal sciences at Ohio State University, noted that having between 3% to 5% sugar in a dairy cow's diet can help with proper digestion and be beneficial to a cow.

Candy gets dumped into other animal feed.

One important question remains: How can the average American consumer get their hands on mass quantities of red Skittles?

"We do not have separate facilities for different colors/flavors," Michelle Green, U.S. marketing manager for Wrigley, a subsidiary of Mars, said in an email, explaining that Mars does not sell Skittles by flavor. She noted that Mars sells its candy to third party companies that later follow regulated processes to add the candy to animal feed. The glorious red Skittles spill happened because "there was a power outage at a factory and the Skittles batch couldn't be completed and was thus discarded" Green noted.

So it seems, cows typically taste the rainbow just like the rest of us.

Related: Also see some of the best-selling candy on Amazon: