'Did he lie?': Democratic senator grills Trump health pick about whether he is developing Obamacare replacement 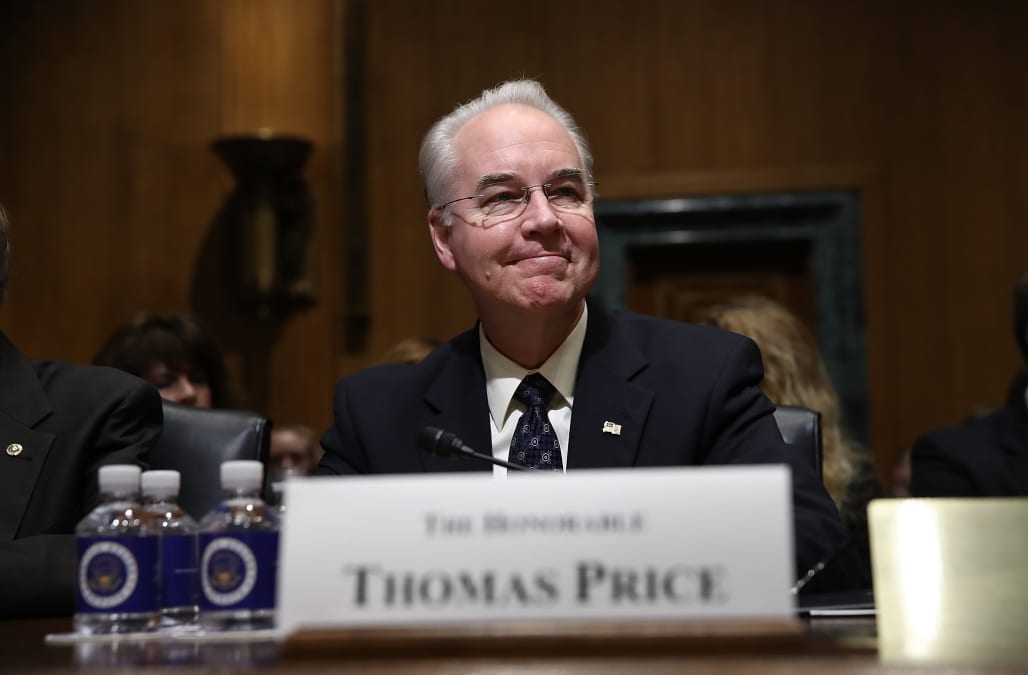 Democratic Sen. Sherrod Brown suggested Tuesday that President Donald Trump may have lied about developing a replacement plan for the Affordable Care Act during a contentious line of questioning with the prospective secretary of health and human services.

Brown asked Tom Price, Trump's HHS nominee, point blank whether Trump lied during a press conference when he said that he was working with Price on a replacement bill for the law better known as Obamacare.

"President Trump said that he's working with you on a replacement plan for the ACA which is nearly finished and will be revealed after your confirmation, is that true?" Brown asked during a Senate Finance Committee hearing.

"It's true that he said that, yes," said Price, which was followed by laughter from those assembled.

"So did — not that he's ever done this before — but did he lie?" Brown said. "Did the president lie about this? Is he not working with you? He said he's working with you. Is that not true? I know we don't use the word lie here because we're polite when presidents say statements that aren't true, but did he lie to the public ?"

"I've had conversations with the president about healthcare, yes," Price said.

"Which wasn't quite the question," Brown said.

While Price did not say that he was working directly with the president on the ACA replacement, as Trump claimed, the specifics of such talks remain unclear.

A CNN report on January 16 — before Price's first confirmation hearing — cited transition sources saying Price has stayed out of the conversation on crafting a replacement bill for the ACA to avoid conflict with his own plan he proposed in Congress in 2015.

Brown went on to ask Price if the replacement pushed by the administration and GOP will continue to provide protections like the inability for insurers to deny coverage based on a preexisting condition or Medicare coverage for preventative care.

"Our commitment is to make certain that every single American has access to the highest quality coverage and care possible," Price said.

"I'm still not sure if the president lied, not to you but to us the public, about whether he's actually working with you," Brown said. "It sounds like he did."

NOW WATCH: Watch protesters and Trump supporters get into a fiery argument on the National Mall right after the new president was sworn in