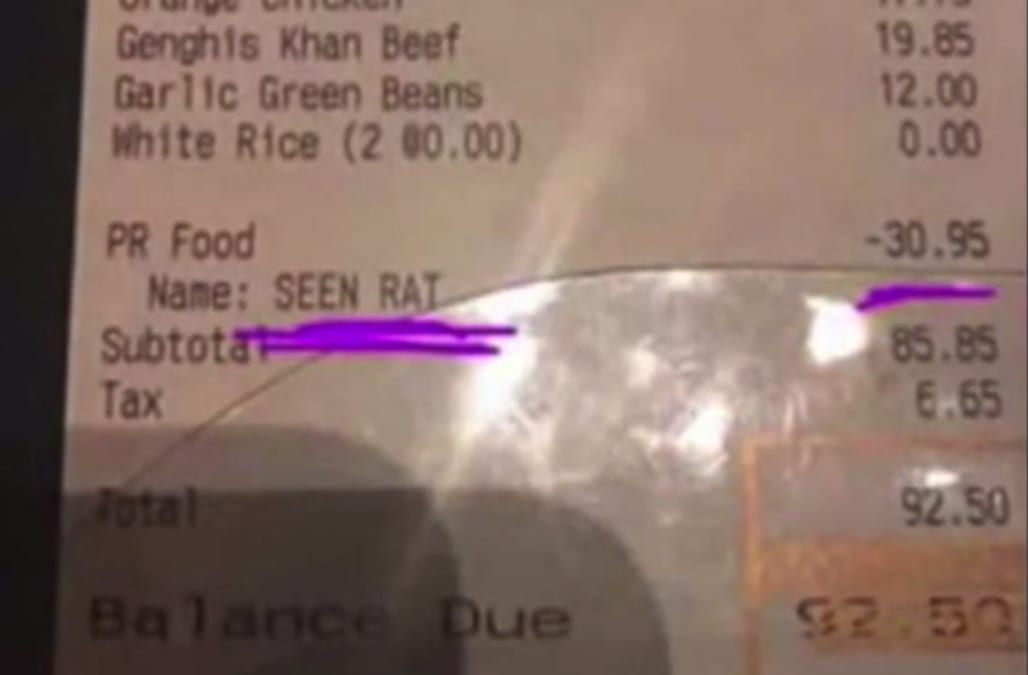 Suppose you're eating at a restaurant, look down, and see a rat rushing by. How would you expect the establishment's management to respond?

A woman in California who reportedly had such an unfortunate experience ended up getting a $30.95 'seen rat' discount on a roughly $115 bill and no apology or explanation from a manager.

She is apparently not pleased.

The incident reportedly occurred on January 19 at a Fat's Asia Bistro & Dim Sum Bar located in Folsom, and news of it was shared on Facebook by the patron's friend Jackie Logan.

Logan posted a picture of the receipt and noted, "That's nice. I'm sorry, but does anyone else see a problem with this? If a rat joins you at dinner...at minimum a Manager should visit your table and comp [the] meal."

Kevin Fat, chief operating officer of the restaurant group, told KTXL that the rat sighting was unprecedented, and the response was, "something that that manager at the time thought was appropriate, [it's a] learning lesson."

RELATED: Receipts that have made headlines

6 PHOTOS
Receipts that have made headlines
See Gallery

#thumbsup #godbless
Up Next

More from AOL.com:
Stars share Instagram photos from People's Choice Awards 2017
Sen. Tim Scott's one-word response to being called the N-word
Is minimalism right for you?