All in the Family: The Trump grandkids take in the White House 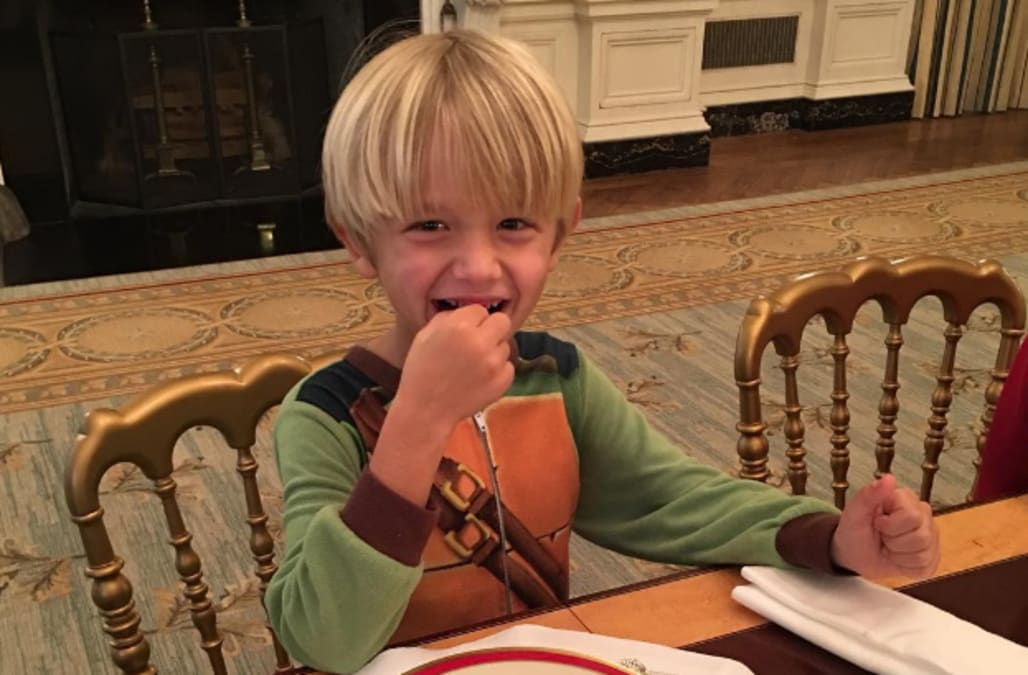 The Trump grandkids seem to be having a grand time in their first weekend inside the White House.

Read: As Obama Closes a Chapter on American History, Donald Trump Begins to Write His

His wife, Vanessa, was filmed bowling inside the White House in high heels.

Donald Jr. also posted photos of his family during the Inauguration, showcasing his children's excitement.

Donald's sister, Ivanka, also posted a photo of her family inside the White House with her father, the 45th president of the United States.

There are new gold curtains, a new sunburst-pattern carpet and new brocade couches. Trump kept the bust of Martin Luther King, Jr., and also restored the bust of iconic British Prime Minister Winston Churchill, which was removed by Obama in 2009.

Read: Drunken Brawls, Dead Birds and Dysentery: The Presidential Inauguration Stories You Might Not Know

The president will continue to use the Resolute Desk, which was gifted to President Rutherford B. Hayes from Queen Victoria in 1880. It has been used by every president since, with the exception of Lyndon Johnson, Richard Nixon and Gerald Ford.

Watch: What Body Language Reveals About Donald Trump, Michelle Obama Prior to Inauguration

More from Inside Edition:
Chelsea Clinton Defends Barron Trump While Bashing POTUS
Trumps to Dance to Frank Sinatra's 'My Way' at Inaugural Ball Despite Controversy
As Obama Closes a Chapter on American History, Donald Trump Begins to Write His