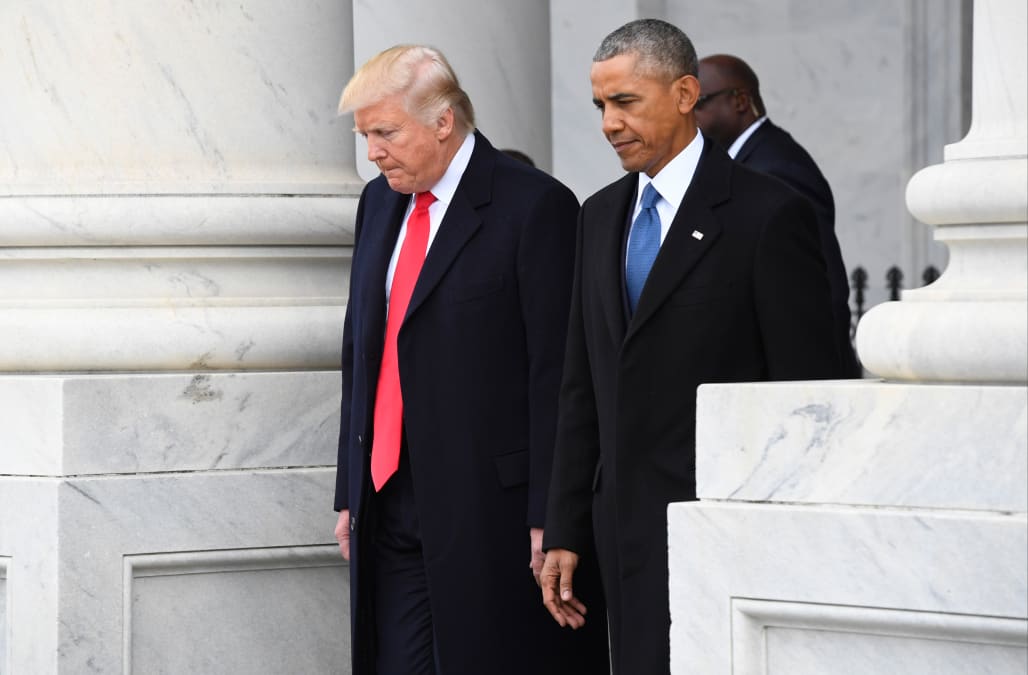 WASHINGTON, Jan 20 (Reuters) - Donald Trump's administration is committed to eliminating Barack Obama's Climate Action Plan and other environmental initiatives to help boost the oil and gas industry, according to a statement posted on the White House website on Friday.

The announcement echoed pledges Trump frequently made during his campaign to become U.S. president, but their appearance on the White House website makes them his official policy.
​​​​​
SEE ALSO: What's the cost of Trump's inauguration — and who is paying the bill?

"President Trump is committed to eliminating harmful and unnecessary policies such as the Climate Action Plan and the Waters of the U.S. rule. Lifting these restrictions will greatly help American workers, increasing wages by more than $30 billion over the next 7 years," the website said.

All references to climate change appeared to have been removed from the White House website, a word search showed.

Trump was sworn in as the 45th president of the United States on Friday.

Trump has expressed skepticism about whether human activity drives climate change, and he has railed against Obama's efforts to combat it by targeting carbon dioxide emissions.

Every piece of land President Obama has put under protection

(Photo by Ronda Churchill for The Washington Post via Getty Images)

Location: Marine waters off the coast of New England

(Photo via U.S. Department of the Interior)

(Photo via U.S. Department of the Interior)

(Photo via Bureau of Land Management/Flickr)

Date of proclamation: Obama established the monument on January 6, 2009, and expanded it on September 25, 2014

Size: The monument was expanded to include the Point Arena-Stornetta Public Lands, which added 1,665 additional acres

Date of proclamation: Bill Clinton established the monument in 2000, and Obama expanded it on March 11, 2014

(Photo via US Department of the Interior/Flickr)

Location: Islands off the coast of Washington

Trump has also suggested he could pull the United States out of a climate pact agreed by nearly 200 nations.

The statement on the White House website said that Trump's efforts to boost the U.S. oil and gas sector would help increase government revenues to "rebuild our roads, schools, bridges and public infrastructure," and lower the price of energy.

The statement said Trump's administration would free the nation from dependence on foreign oil, and was "committed to clean coal technology, and to reviving America's coal industry, which has been hurting for too long."

An overwhelming majority of scientists say the burning of coal, oil and gas is a driver of global climate change, causing sea level rise and more frequent violent storms.

More from AOL.com:
Will Melania take over FLOTUS twitter? No one really knows.
How to follow the Obamas after they leave the White House
Trump had to give up the Samsung phone he uses for tweeting