Teen posts photo while seemingly eating out of the toilet 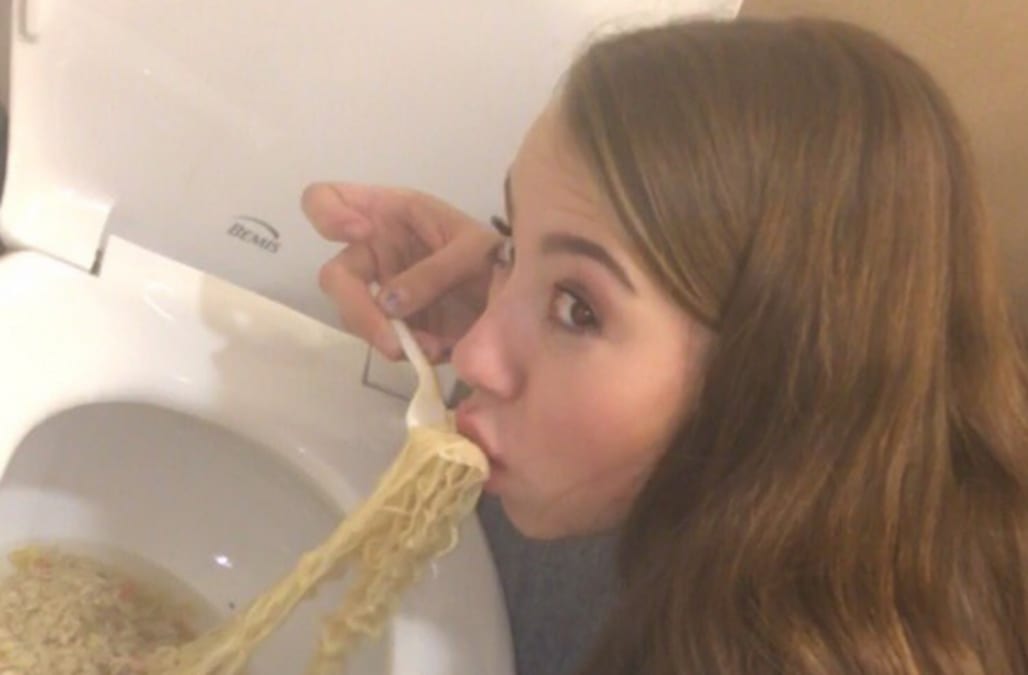 Ahh, teens. What will they think of next.

18-year-old Taylor O'Dore and 19-year-old Hannah Hepler are best friends from Lynnwood, Washington. Over the weekend, the pair attended Hepler's sister's 21st birthday party. There, predictably, everyone got very drunk and pretended to eat Ramen out of a toilet bowl.

The birthday party ended up in the hotel they booked for the weekend and everyone was microwaving cups of Ramen noodles with their limited resources. O'Dore told Mashable that, since everyone kept forgetting the cups of noddles around the hotel room, she and Hepler decided to pour the forgotten noddles into the toilet to save time cleaning in the morning.

O'Dore explained that the pair "were laughing hysterically at the sight of all the noodles in the toilet" and Hepler decided to get a plastic fork to create the photo op.

O'Dore told Mashable that she didn't think the tweet, which has almost 5,000 retweets, would make it past her followers.

"Everyone thought it was sooo gross," she said "Our DMs are full of people telling us to kill ourselves, and comparing us the the girl that ate her own bloody tampon in 2012."

The weirdest responses, according to O'Dore, were guys messaging both girls and trying to hit on them.

When asked how their parents felt about it, O'Dore explained, "My parents thought it was super weird and weren't surprised Hannah did it. Hannah's parents, specifically her mom, Trish, was so excited to see it get attention on Twitter!"

In the end, O'Dore said that she and Hepler had a lot of fun reading the responses and had no regrets about posting the picture. And if you can't fake eat toilet noddles with your best friend, with whom can you do it?

BONUS: The time I stole my GF's identity

More from AOL.com:
The man with the world's most confusing Twitter handle just had another terrible weekend
Will Melania take over FLOTUS twitter? No one really knows.
Plane full of Women's March supporters headed to Washington, D.C. turns on pink cabin lights