George W. Bush adorably struggles with his poncho at the inauguration 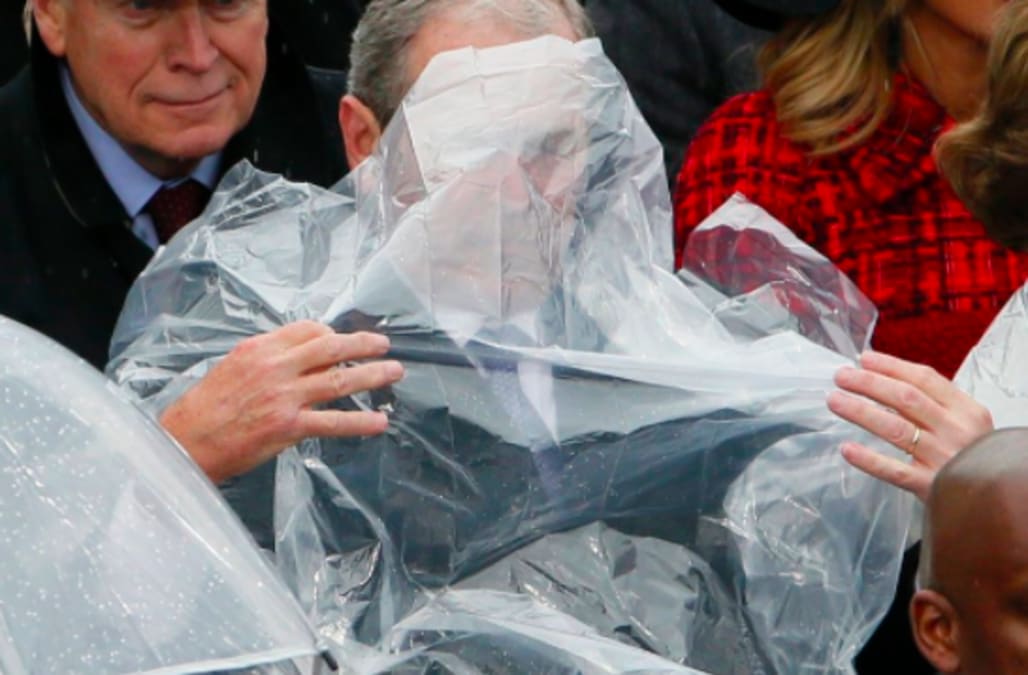 What would the presidential inauguration be if at least one solid meme didn't come out of it?

This year's internet sweetheart award unanimously went to former U.S. President George W. Bush, who had an adorably difficult time putting on his poncho when it started to rain.

Naturally, Twitter exploded with jokes about the former commander in chief's unparalleled awkwardness.

Finally, 2017 has gotten the meme it needed AND the one it deserved.