Ready for day one: Trump poised to take executive actions 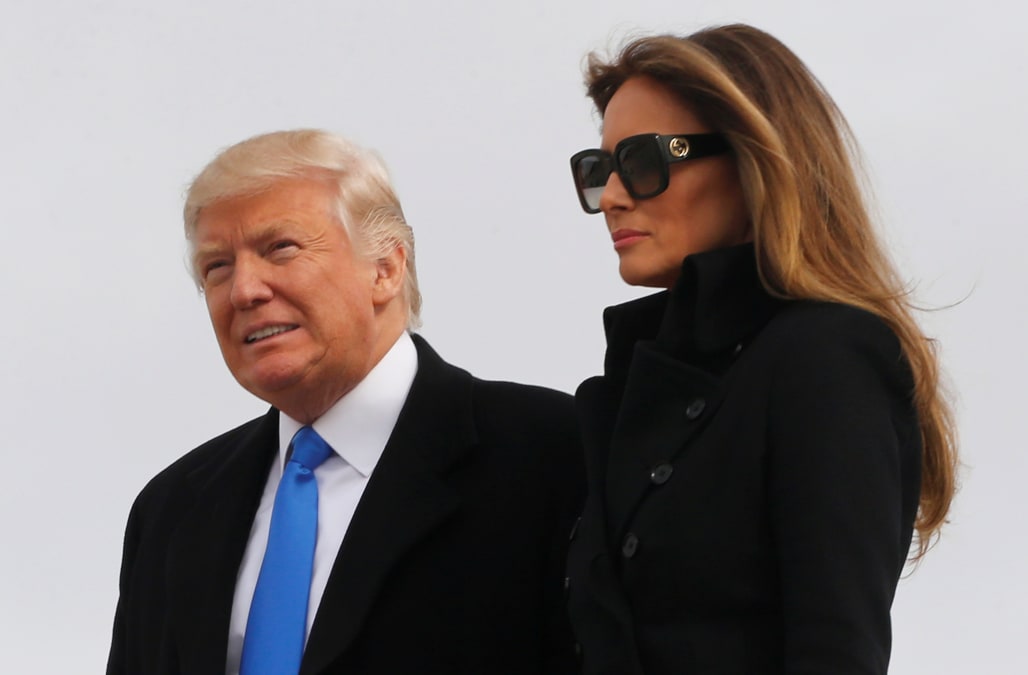 WASHINGTON, Jan 19 (Reuters) - Donald Trump is ready to begin taking executive actions on his first day in the White House on Friday to move quickly on his pledge to crack down on immigration, build a wall on the U.S.-Mexican border and roll back policies of outgoing President Barack Obama.

Trump, a Republican elected on Nov. 8, arrived in Washington on Thursday with his family to kick of a weekend of festivities and spoke to a gathering of members of his incoming administration.

After being sworn in during a ceremony at the U.S. Capitol on Friday, Trump is poised to wield one of the most powerful tools of his office, the presidential pen, for executive actions that can be implemented without the input of Congress.

"He is committed to not just Day 1, but Day 2, Day 3 of enacting an agenda of real change, and I think that you're going to see that in the days and weeks to come," Trump spokesman Sean Spicer said on Thursday, telling reporters to expect activity on Friday, during the weekend and early next week.

The top items on the agenda for Trump, who has presided over a sprawling business empire but has never before held public office, mirror the populist pledges that fueled his election victory: immigration curbs and job creation, particularly in the manufacturing sector, Spicer said.

Trump's advisers vetted more than 200 potential executive orders for him to consider signing on healthcare, climate policy, immigration, energy and numerous other matters but it was not clear how many orders he will approve, according to a member of the Trump transition team who was not authorized to talk to the press.

Trump also is expected to impose a federal hiring freeze, reverse some environmental protections and take steps to delay implementation of a Labor Department rule slated to take effect in April that would require brokers who give retirement advice to put their clients' best interests first.

Trump's ability to sign executive orders on his first day in office will allow him to appear more like the CEO role that made him famous and give him some victories with his supporters before he has to turn to the lumbering process of getting Congress to pass bills.

Obama, a Democrat ending eight years as president, was also quick to use his executive authority when he took office, creating an ethics code for his appointees and banning the use of waterboarding, a simulated drowning, for interrogating suspects detained in terrorism cases.

He made frequent use of his executive powers during his second term in office, when the Republican-controlled Congress stymied his efforts to overhaul immigration and environmental laws. Many of those actions are now ripe targets for Trump to reverse.

Trump is expected to sign an executive order in his first few days to direct the building of a wall on the southern border with Mexico, one of several immigration-related steps his advisers have recommended.

That includes rescinding Obama's order that allowed more than 700,000 people brought into the United States illegally as children to stay in the country on a two-year authorization to work and attend college, according to several people close to the presidential transition team.

It is unlikely Trump's order will result in an immediate round-up of these immigrants, sources told Reuters. Rather, he is expected to let the authorizations expire.

The issue could set up a flash-point with Obama, who told reporters on Wednesday he would weigh in if he felt the new administration was unfairly targeting these immigrants.

Trump also is expected to announce more specific plans to build the wall on the U.S.-Mexico border, and actions to limit the entry of asylum seekers from Latin America.

Advisors to Trump expect him to put restrictions on people entering the United States from certain countries until a system for "extreme vetting" for Islamic extremists can be set up.

During his campaign for the presidency, Trump had proposed banning non-American Muslims from entering the United States but his executive order regarding immigration is expected to be based on nationality rather than religion.

Another proposed executive order would require all cabinet departments to disclose current work being done in connection with Obama's initiatives to curb carbon emissions to combat climate change and halt the work until further directed.

Trump is expected to extend prohibitions on future lobbying imposed on members of his transition team in his first days in office.

As Obama packed up to leave the White House, Trump and his family arrived on a military plane on Thursday to kick off inauguration festivities in Washington.

Onlookers waved and took photos as the Trump motorcade pulled up to Trump's hotel, down the street from the White House, where he spoke to members of his incoming administration at a luncheon in a ballroom adorned with ornate gold-leaf molding.

During brief remarks, Trump said Woody Johnson, owner of the New York Jets of the National Football League, would be "going to Saint James," a reference to the plum diplomatic post of U.S. ambassador to Britain.

"We have a lot of smart people. I tell you what, one thing we've learned, we have by the highest IQ of any cabinet ever assembled," Trump said.

Trump has nominated all 21 members of his cabinet, along with six other key positions that require Senate confirmation, Vice President-elect Mike Pence told reporters.

Senate Republicans originally had hoped to confirm as many as seven Trump cabinet members on Friday, but Democrats balked at the pace. Trump spokesman Spicer accused Senate Democrats of "stalling tactics."

Also in place for Monday: 536 "beachhead team members" at government agencies, Pence said, a small portion of the thousands of positions Obama's appointees will vacate.

Trump has asked 50 Obama staffers in critical posts to stay on until replacements can be found, including Deputy Defense Secretary Robert Work and Brett McGurk, the envoy to the U.S.-led coalition fighting Islamic State.

The list includes Adam Szubin, who has long served in an "acting" capacity in the Treasury Department's top anti-terrorism job because his nomination was held up by Republicans in Congress since Obama named him to the job in April 2015.