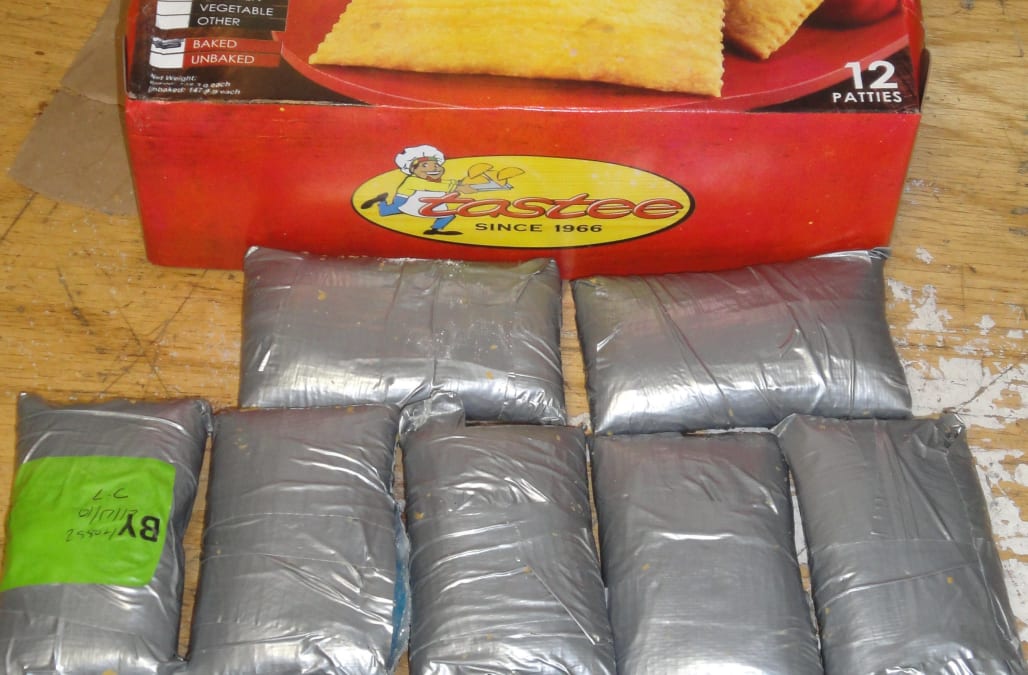 A traveler was busted with some $70,000 worth of the drug hidden inside a box of Jamaica beef patties, wrapped in patty-sized packages covered in duct tape, according to the U.S. Customers and Border Protection.

During Bedward's customs exam, officers found a box of Tastee brand Jamaican beef patties but on closer look, there wasn't any meat in those patties. Instead, the box was filled with 12 patty-sized packages filled with white powder.

Those packages tested positive for cocaine – about 4 pounds of it, officials said.

Bedward faces federal narcotics smuggling charges, including the importation of a controlled substance.

More from AOL.com:
Father loses seven teeth and suffers severe burns after vape pen explodes in his face
Trick to making your budget work for your lifestyle
He 'ought to be careful': Trump chief of staff issues stern warning to 'extremely political' government ethics watchdog