Republicans take over Washington in full control of the country 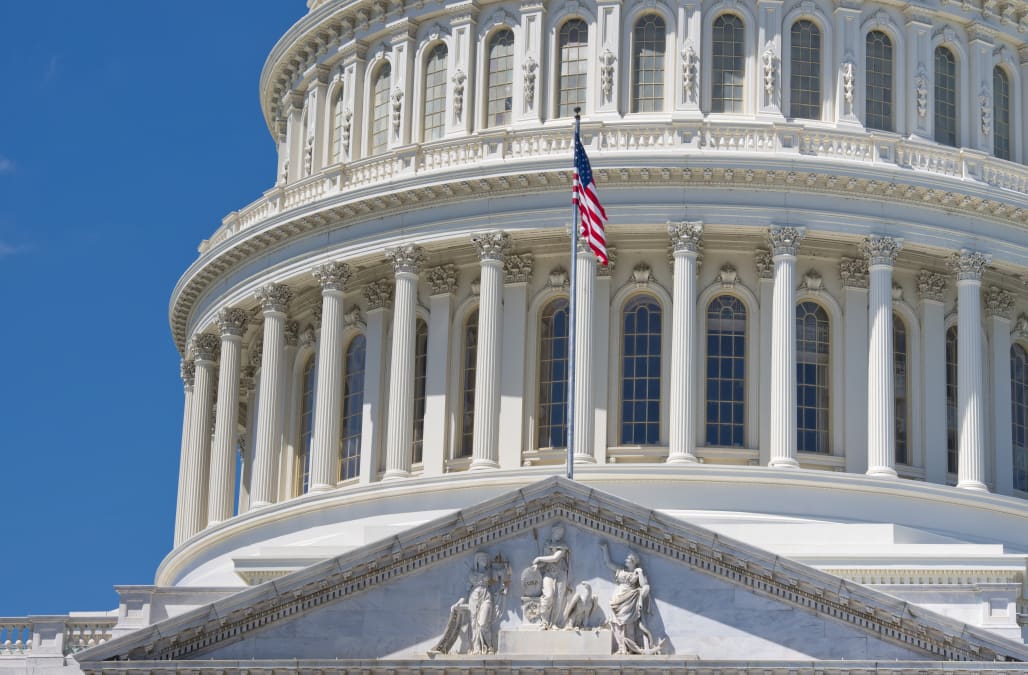 To understand Donald Trump's potential to be a truly consequential president, it's necessary to grasp a fundamental reality of American politics today: His fellow Republicans are not only the ascendant party in Washington, they are the dominant party nationwide and at the state level. "There has been an extraordinary collapse of the Democratic Party," says political scientist Bill Galston, a former White House adviser to President Bill Clinton. "The Democrats are in the worst shape since the 1920s."

This means there is a natural well of support for Trump's conservative ideas across the country, more than Democratic insiders and the Washington punditocracy had expected. If congressional Republicans unite behind Trump, this could give him grass-roots momentum to push his agenda and overcome objections from defenders of the status quo in the capital.

During the campaign, there was a lot of chatter in Democratic, media and academic circles about the problem Republicans would have appealing to demographic groups such as African-Americans and Latinos whose numbers are growing steadily. It was also pointed out that whites, many of whom vote Republican, would be the minority in the country at mid-century, and the GOP was supposedly on the wrong side of demographic trends.

But in the November election, none of these trends prevented the GOP from dominating the political landscape as it exists today. True, Democratic nominee Hillary Clinton won nearly 3 million more votes than Donald Trump nationwide, but this was largely because she utterly dominated the mega-state of California, beating Trump there by more than 4 million votes. The Republicans had the upper hand in most other places, and they now control the White House, and House of Representatives and the Senate.

There is one vacancy on the Supreme Court, which will enable President Trump and the Senate to place another conservative on the panel, presumably giving the conservatives a 5-4 majority on most issues. It's very possible that Trump will have one or two other vacancies to fill at some point, given the age of a few of the sitting justices such as Ruth Bader Ginsburg, 83; Anthony Kennedy, 80, and Stephen Breyer, 78.

Image Courtesy of  University of Miami school of Law

Image courtesy of the Michigan Courts

(Photo via US Government)

Image Courtesy of the Supreme Court of Colorado

House Manager Charles Canady on Capitol Hill January 25.
Justice Joan Larsen of the Michigan Supreme Court and a former clerk for Supreme Court Justice Antonin Scalia speaks at his memorial service at the Mayflower Hotel March 1, 2016 in Washington, DC. Justice Scalia died February 13 while on a hunting trip in Texas. (Photo by Susan Walsh-Pool/Getty Images)
Up Next

At the state level, GOP dominance is just as stark. During the past eight years under Democratic President Barack Obama, the Democrats lost more than 900 seats in state legislatures, according to the Washington Post. Republicans now control an all-time high of 69 of 99 state legislative chambers, and they hold 33 of 50 state governorships, tying a record they set nearly 100 years ago. Republicans have total control of non-judicial government – holding both the executive and legislative branches – in 25 states and partial control in 20 states, according to the conservative advocacy group Americans for Tax Reform. Democrats have total control in only five states.

This means that Republicans can implement not only their less-government, lower-taxes policies across the country and groom many legislators for higher office, they can also control congressional redistricting based on the next Census if they hold onto their current power. Such a turn of events would allow them to draw the boundaries of U.S. House districts to their advantage well into the future, unless the courts step in.

The current pro-GOP landscape also illustrates another fact of life that's a big problem for the Democrats: The Democrats tend to place a huge emphasis on controlling the White House, and everything else is secondary. The Republicans, meanwhile, emphasize every phase of politics down to the state level, backed up with money, organizing and effective candidate recruitment, and this is why they are having such success across the country.

Sen. Bernie Sanders of Vermont, who unsuccessfully sought the Democratic presidential nomination last year but remains popular among Democratic liberals, recently told USA Today, "The Democrats for too many years have not had the kind of contact and interaction with working people, with elderly people, with lower-income people, that they should. Too many Democrats spend too much time raising money from the wealthy rather than standing up and hearing and listening to the needs of working families. And I want to see that changed."

Sanders got very specific. "The Democratic Party has got to make it very clear that they are prepared to stand up to powerful special interests like the pharmaceutical industry and like Wall Street," he said. "And they're not going to win elections and they're not going to be doing the right thing for the American people unless they have the guts to do that."

More from US News:
8 Steps for Democrats in the Donald Trump Era
Trump's Nominees Face a New, Lax Standard for Confirmation
Barack Obama's Health Care Legacy Is Up to the GOP