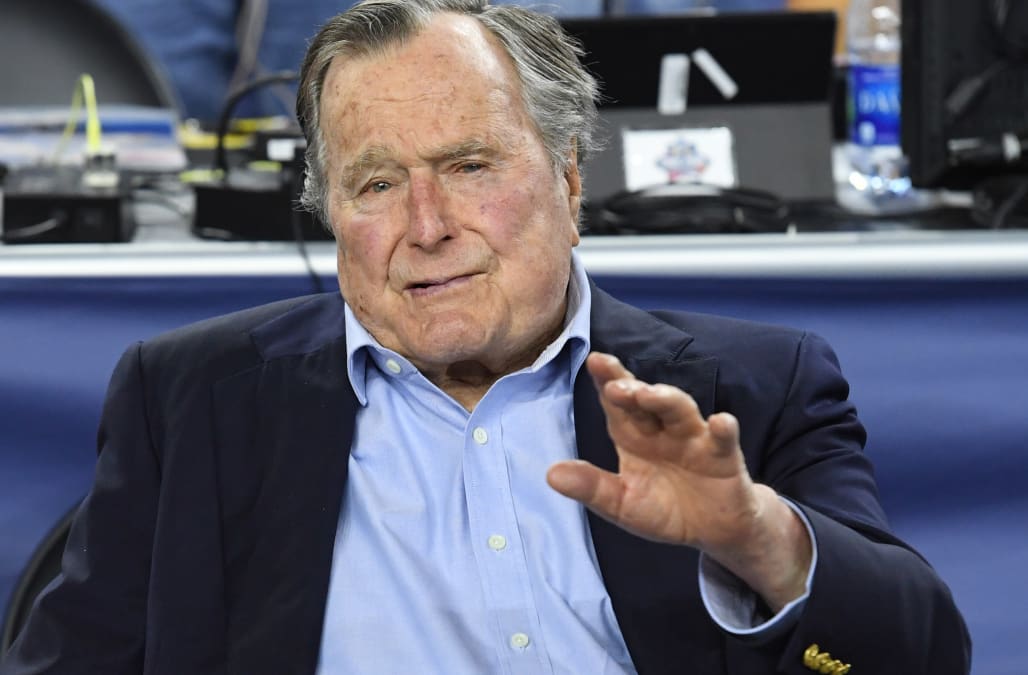 Bush, 92, was in stable condition and "doing fine," Jean Becker told the television station. Bush is expected to go home in a couple of days, Becker told KHOU.

Reuters was not immediately able to reach the family spokesman Jim McGrath or the hospital where Bush was taken.

The elder Bush, a Republican like his sons, served as vice president during Ronald Reagan's two White House terms before being elected president in 1988. He served four years in the White House.

Bush has used a wheelchair in his later years and was hospitalized twice in 2014 - once for seven weeks with pneumonia and again for breathing difficulties. In July 2015 he broke a bone in his neck in a fall at the family home in Maine.

Bush's public appearances have been rare since he entered his 90s. In October 2015, Bush, sitting his wheelchair, wearing a brace on his neck and clad in a Houston Astros jersey, tossed out the first pitch at the team's playoff game against the Kansas City Royals.

He marked the 75th anniversary of Japan's attack on Pearl Harbor in 2016 by attending a ceremony at his library at Texas A&M University where Bob Dole, the former Republican Senator from Kansas, was presented an award for public service. (Reporting by Brendan O'Brien in Milwaukee; Editing by Larry King)

George H.W. Bush
Who knew jumping out of planes was safer than getting out of bed? Thanks to all for your kind get-well messages. http://t.co/T9FmhCqyme
HOUSTON, TX - DECEMBER 01: President George H.W. Bush waits on the field prior to the start of the game between the New England Patriots and the Houston Texans at Reliant Stadium on December 1, 2013 in Houston, Texas. (Photo by Scott Halleran/Getty Images)
Up Next

More from AOL.com:
First lady Michelle Obama more popular than President Barack Obama as they leave the White House
Man who says he 'would be dead' without Obamacare confronts Paul Ryan on the law's repeal
Jeb Bush expresses hope that Melania will 'steal' Trump's phone