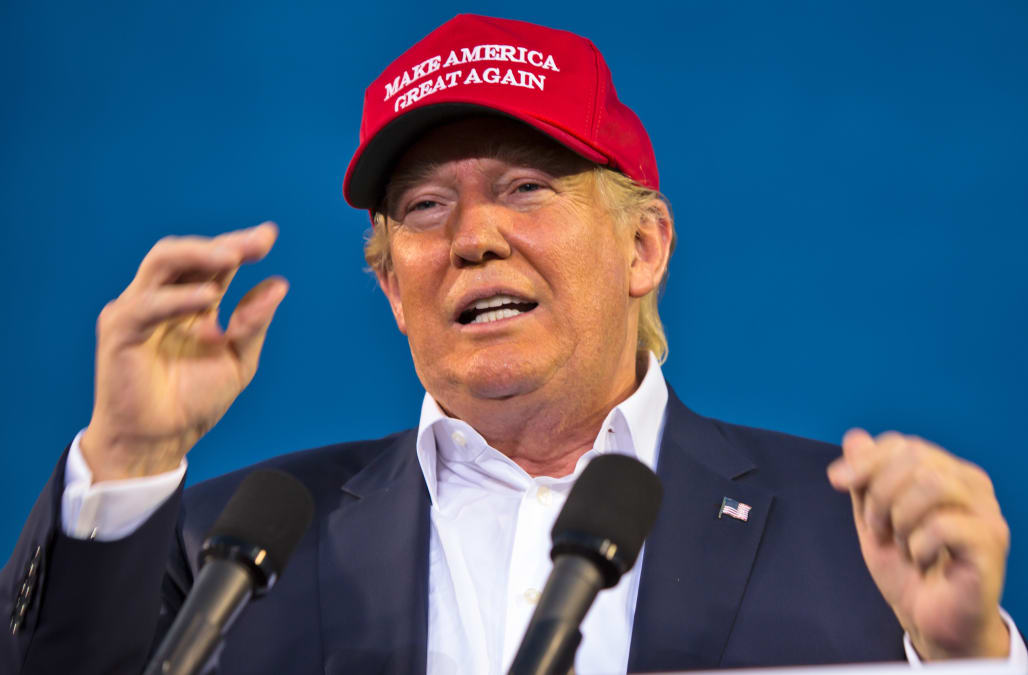 Donald Trump hasn't even been sworn into office yet, but he's already taken a crucial step in his re-election campaign.

The president-elect nonchalantly dropped his 2020 campaign motto in an interview with the Washington Post on Tuesday.

"Are you ready?" he said. "Keep America Great, exclamation point."

Trump then called for a lawyer so he could copyright the slogan, then and there.

According to the Post, a legal adviser arrived two minutes later.

"Got it," the lawyer replied.

Unfortunately, there's just one major issue with that slogan -- it's already taken.

By a horror movie.

In case you aren't familiar with the franchise, the premise is this: In an effort to reduce crime rates, the government instates a once-a-year "purge," a 12-hour period in which any and all crime is legalized ... use your imagination.

Although the annual Purge is supposed to keep year-round crime rates down, citizens find that it comes at the steep price of one night of unbridled terror.

To be completely fair, the makers of "Purge: Election Year" didn't exactly come up with the movie's tagline all by themselves.

In an April 2016 interview with Entertainment Weekly, the film's writer James DeMonaco discussed how the similarities between the film and the 2016 election were not at all accidental.

"Little things drip into you when you're writing or you're on set — you're grabbing from the ether or what's out there in the press," he admitted. "I think there's a lot of representation of everyone who's in the game right now, from Donald Trump to Hillary Clinton to Bernie Sanders to John Kasich."

He also admitted that the "Keep America Great" tagline was even created as a direct response to Trump's 2016 "Make America Great Again" slogan.

Although it's not exactly fair, considering the gruesome nature of the film, maybe Trump would be better off going with a different re-election slogan.