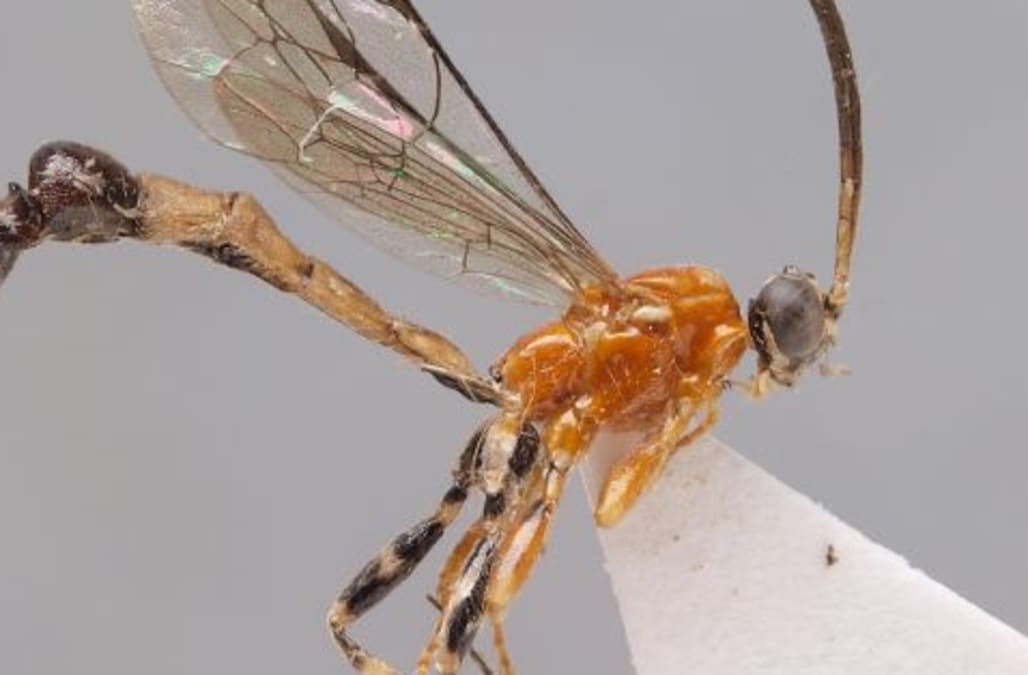 An unusual wasp species appears to be an example of mimicry in the animal kingdom, according to a study by an international team of researchers.

A recent Gizmodo report about the 2015 research notes that the only known specimen of Clistopyga caramba wasp, found at a museum in Peru, has an appendage resembling an ant's head protruding from its rear.

While researchers have not been able to identify its purpose, they have hypothesized that it could have been used to attract prey or scare away certain predatory spiders that are afraid of ants. 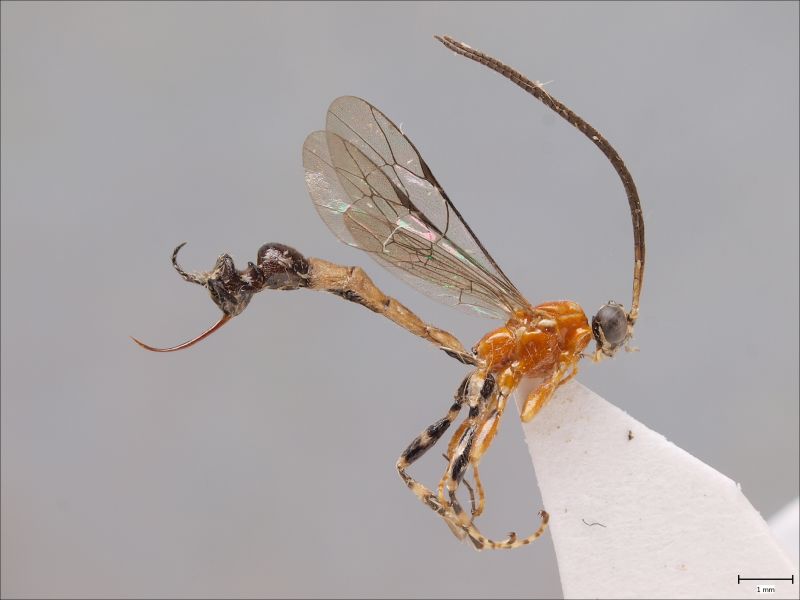 Ilari Sääksjärvi, Zoological Museum at the University of Turku

Such mimicry is fairly common among plants and animals which often take on the attributes of other species such as their appearance, sound, and bodily emissions.

For example, a butterfly can have a large eye-shaped form on its wing to appear more intimidating.

Meanwhile, in 2015, a separate team documented another species of wasp, called Gelis agilis, which resembled ants in size, movements, and even chemical scent as protection against wolf spiders.

More from AOL.com:
The 5 biggest jobs trends of 2017
Pandora just said its laying off 7 percent of its workforce — and the stock is spiking
5 small money habits that will make 2017 your best year