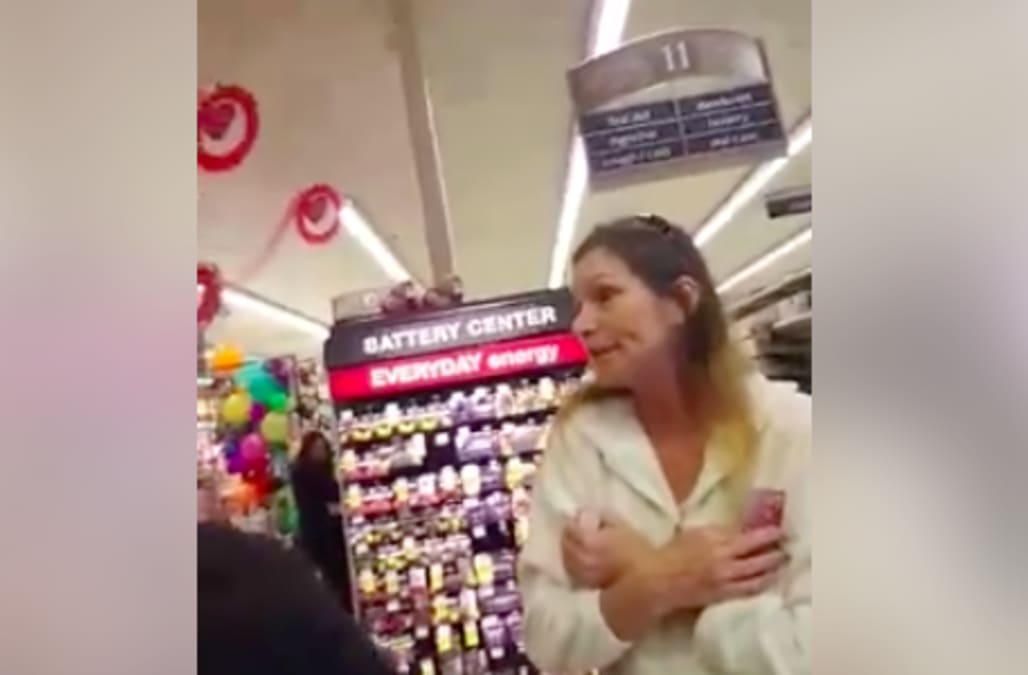 A xenophobic rant has quickly gone viral on Facebook.

Greek immigrant Thanasi Papoulias shared a video on Facebook of a woman telling him and his wife to "speak English":

"Sophia [Antonopoulos-Papoulias] and I were in line at the market, and naturally, speaking Greek," he said. "Out of nowhere this lady behind us decides to give us a modern history lesson and tells us, 'Speak F*@king English, this is America.'"

Soon after the woman began her tirade, the manager of the store ordered her to leave.

"Huge props to the manager for kicking her xenophobic, racist ass out," Papoulias said. He only caught the end of the rant on video.

Papoulias took to writing about the incident on his blog, Excuse Me, Are You Greek? Apparently, the woman was shocked when Papoulias responded to her in perfect English. "To describe me, to tell me to go back to my country," he said. "Funny, I thought I WAS in my country – the country I was born in, the good 'ol US of A!??!?"