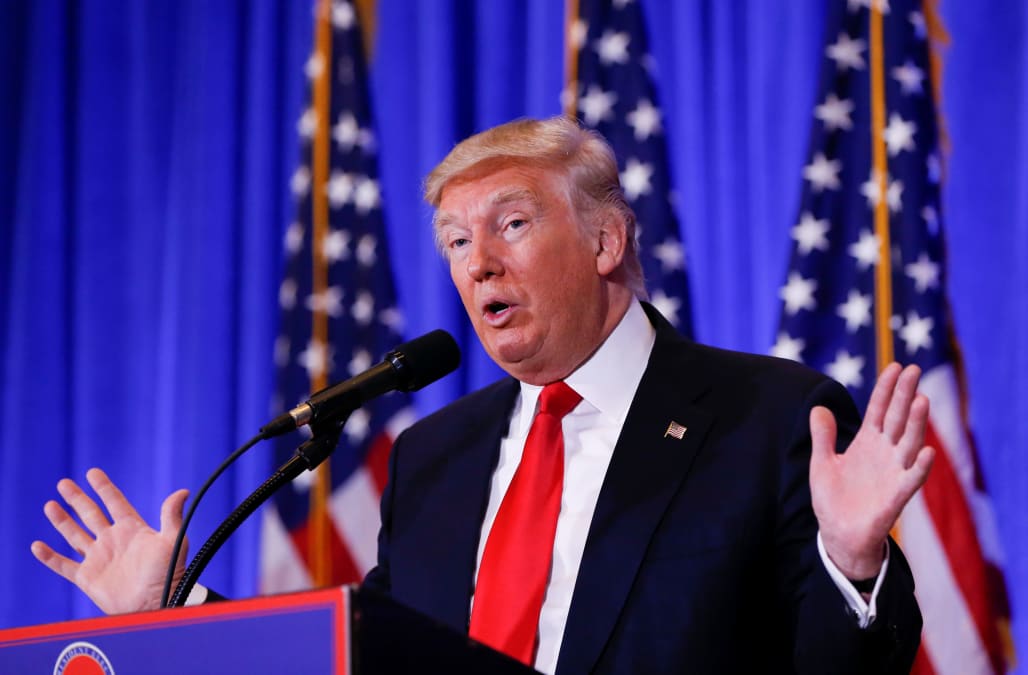 Donald Trump may not think much of Rep. John Lewis, but his tweet attacking the civil-rights icon has sent Lewis' book sales skyrocketing.

On Friday, NBC News released a Meet the Pressinterview clip in which the the Georgia congressman said he did not think Trump was a "legitimate president" and was not planning on attending the inauguration.

Trump responded early Saturday morning in a pair of tweets.

Congressman John Lewis should spend more time on fixing and helping his district, which is in horrible shape and falling apart (not to......

mention crime infested) rather than falsely complaining about the election results. All talk, talk, talk - no action or results. Sad!

[It is worth noting that Lewis' district, Georgia's 5th, includes parts of Atlanta's wealthy Buckhead neighborhood, Morehouse College and Emory University (plus other colleges). The poverty rate is slightly above average, but the median income is also slightly above the Georgia average. Atlanta was not one of the 25 cities in the top 100 The New York Times cited in a story about rising crime rates].

The 16 best books of 2016
When Breath Becomes Air by Paul Kalanithi
BUY IT
Lab Girl by Hope Jahren
BUY IT
The Girl on the Train by Paula Hawkins
BUY IT
End of Watch by Stephan King
BUY IT
Our Revolution by Bernie Sanders
BUY IT
Two by Two by Nicholas Sparks
BUY IT
Cravings by Chrissy Teigen
BUY IT
Eleven Hours by Pamela Erens
BUY IT
The Princess Saves Herself In This One by Amanda Lovelace
BUY IT
The Unseen World by Liz Moore
BUY IT
Harry Potter and the Cursed Child by J.K. Rowling
BUY IT
The Underground Railroad by Colson Whitehead
BUY IT
It Ends with Us by Colleen Hoover
BUY IT
The Girl With The Lower Back Tattoo by Amy Schumer
BUY IT
Morning Star by Pierce Brown
BUY IT
The Gene: An Intimate History by Siddhartha Mukherjee
BUY IT
Up Next

The tweets brought a backlash from both Democrats and Republicans. It also has sent sales of Lewis' books skyrocketing. Sales of WalkingWiththeWind, his 1998 memoir, jumped more than 800,000 percent. March, a graphic-novel trilogy of his life that Lewis helped write, has jumped 76,000 percent. Five of the six books that have gained the most sales in the last 24 hours on Amazon are by Lewis.

The top two overall best-selling books are March, at No. 1, and Walking With the Wind, at No. 2.

The books chart Lewis' life journey, from the child of sharecroppers in Alabama to a seminary student in Nashville, Tenn., to a leader of the 1960s civil-rights movement. Lewis was one of the first African-American college students to engage in a sit-in. He was badly beaten during the Freedom Rides and again on the Edmund Pettus Bridge during the Selma to Montgomery March (an event depicted in the movie Selma). He is the last surviving speaker from the 1963 March on Washington.

In 2011, President Barack Obama awarded Lewis the Presidential Medal of Freedom. He is, by any definition, a genuine American hero.

More from The Hollywood Reporter:
Why Jennifer Holliday Decided Against Performing at Trump's Inauguration (Q&A)
Will Season 6 Be the End for 'Scandal'?
TelePrompTer Fails as Jimmy Fallon Takes the Stage for the Golden Globes