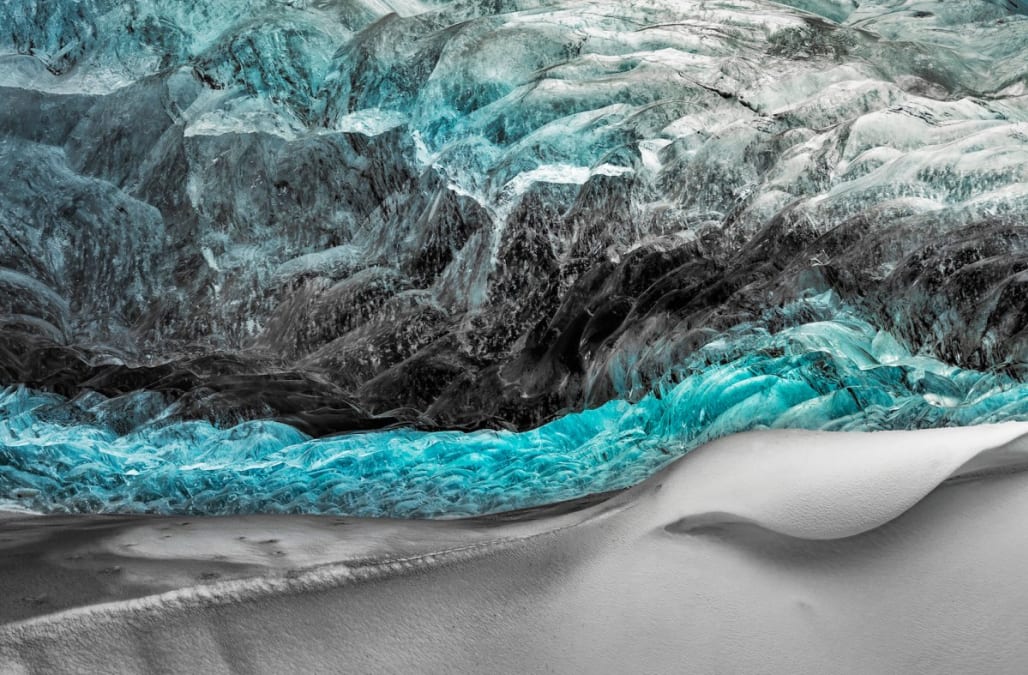 It's easy to get caught up in worrying about how crazy the world is. But sometimes it's important to stop and remember that it's also beautiful.

There are ice caves that shimmer sapphire blue, glowing swirls in the sky as particles carried by solar wind collide with Earth's atmosphere, and serene scenes of snow blanketing and muffling everything else in the world.

The International Landscape Photographer of the Year competition, which just released the winning images from its 2016 contest, highlights some of the most amazing images that show this beauty that we've ever seen.

With permission, we've republished the winners here. If you can, we'd recommend checking them out in full screen mode.

Hougaard Malan of South Africa won the single image "International Landscape Photograph of the Year" award with this shot of Ruacana Falls in Northern Namibia.

The second-place single image award was won by Simone Cmoon for this shot from Lofoten, Norway.

Eberhard Ehmke came in third in the single image contest with this overhead shot of Hessen, Germany.

Alex Noriega won the "International Landscape Photographer of the Year" award for his body of work. Here we see wind and golden light on the sand dunes of Death Valley, California.

In a second shot from Noriega's winning body of work, trees emerge from a meadow covered in thirteen feet of snow at Mount Rainier, Washington, USA.

Another image from the photographer of the year's collection, Noriega's shot of Queets Rainforest in Washington feels lush and soothing.

Here, Noriega captures a mesmerizing view of the Colorado Plateau in the fourth image from his winning body of work.

Kath Salier came in second in the "Photographer of the Year" award for her work. Here we see a stark view of Iceland.

In a second shot from Salier's work, we see an ice cave near Jokulsarlon, Iceland, which feels powerful in a primordial way.

Here in a third photo from the second-place body of work, she captures the constant motion of water at Mt. Field National Park in Tasmania, Australia.

This shot of Flakstadoya Beach in Norway feels like a living fossil. It's the fourth image in Salier's second-place collection.

Peter Poppe came in third in the "Photographer of the Year" contest. Here he shows us Sandwich Harbour, near Swakopmund, Namibia.

Another other shot from Namibia from Poppe's third-place winning body of work looks like a dream of a desert.

There's something haunting in Poppe's shot from Deadvlei, Sossusvlei, Namibia. A third image from the third-place winner of the "Photographer of the Year" contest.

And the contrast in texture here in this other shot from Deadvlei, Sossusvlei, Namibia, is fascinating. A fourth image from the third-place winner of the "Photographer of the Year" contest.

Guy Havell won the black and white image contest with this evocative photo of Ingjaldsholl Church on the Snaefellsnes Peninsula of Iceland.

SEE ALSO: The most incredible nature photos of 2016