People are furious over Trump shirt at Spencer's 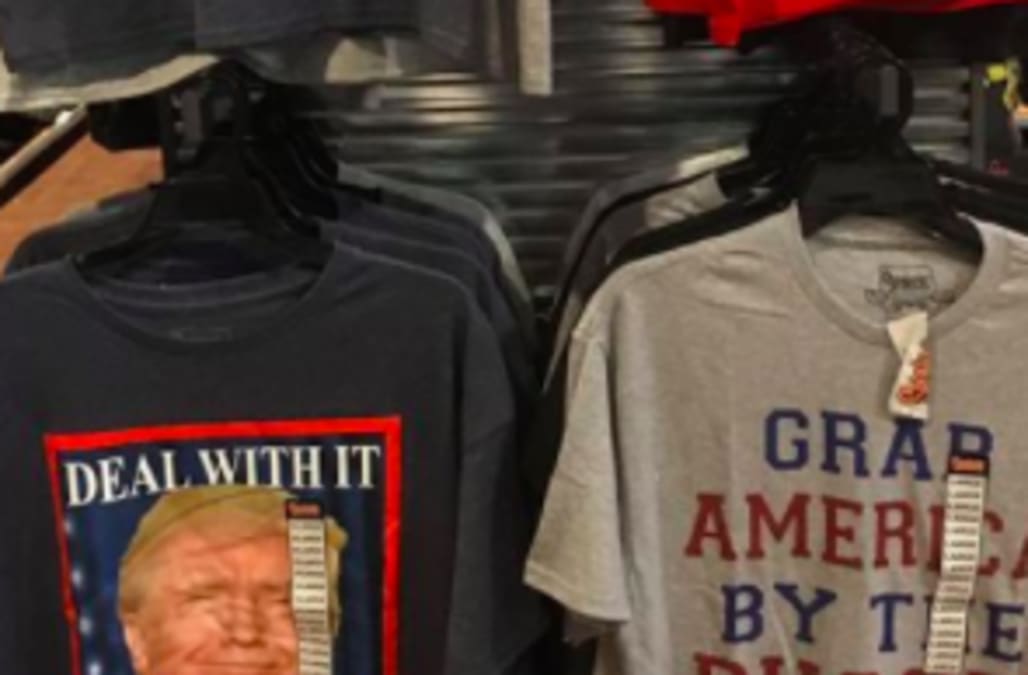 The inauguration of Donald Trump is happening this week, and some stores are preparing by selling Trump-themed attire. One woman stumbled upon a pretty questionable shirt at her local Spencer's.

Facebook user Mary Numair shared a photo of the display:

Among other pro-Trump shirts is one that reads, "Grab America By The Pussy." This is in reference to the Access Hollywood tape that leaked in October of Trump claiming that he grabs women "by the pussy."

The video sparked controversy over whether Trump had committed sexual assault.

"In case anyone still needed a reason to never walk into a Spencer's again, this is proudly being displayed in the front of their PDX store," Numair said. "Way to normalize sexual assault."

In case anyone still needed a reason to never walk into a @Spencers again, this is proudly being displayed in the front of their PDX store. pic.twitter.com/jalMio7i9P

"I did not foresee the massive response this has gotten," Numair later edited the post. "Talk to managers, call higher-ups. Please, PLEASE be kind to the workers out on the floor. They may not have the luxury of quitting or standing up to their bosses."

The post has caused outrage on social media as well:

Social reactions to offensive Spencer's shirt
@Spencers I see you promote bigotry and sexual assault on women. The most disgusting thing I've seen from you yet. #nottrump
@Spencers I'm appalled by your Trump shirts that glorify sexual assault- they belong in the dumpster. Get rid of them NOW
Whoever you voted for, this isn't ok. It's not cute. It's not witty. It's assault. Surprised @spencers #spencers https://t.co/GjDGHn0tUR
@Spencers isn't known for being tasteful, but this product is an embarrassment to our nation, as is… https://t.co/UQRBmG01uq
@Spencers How dare you normalize sexual assault!!! I wil never shop with you again, and will urge others to follow… https://t.co/hfuPUgw2qJ
I know I won't be shopping at @Spencers anymore. https://t.co/hogTBoreYF
Hey, @Spencers, you're garbage. https://t.co/GZVZSVhkxo
Up Next

The shirt has apparently sold out online.