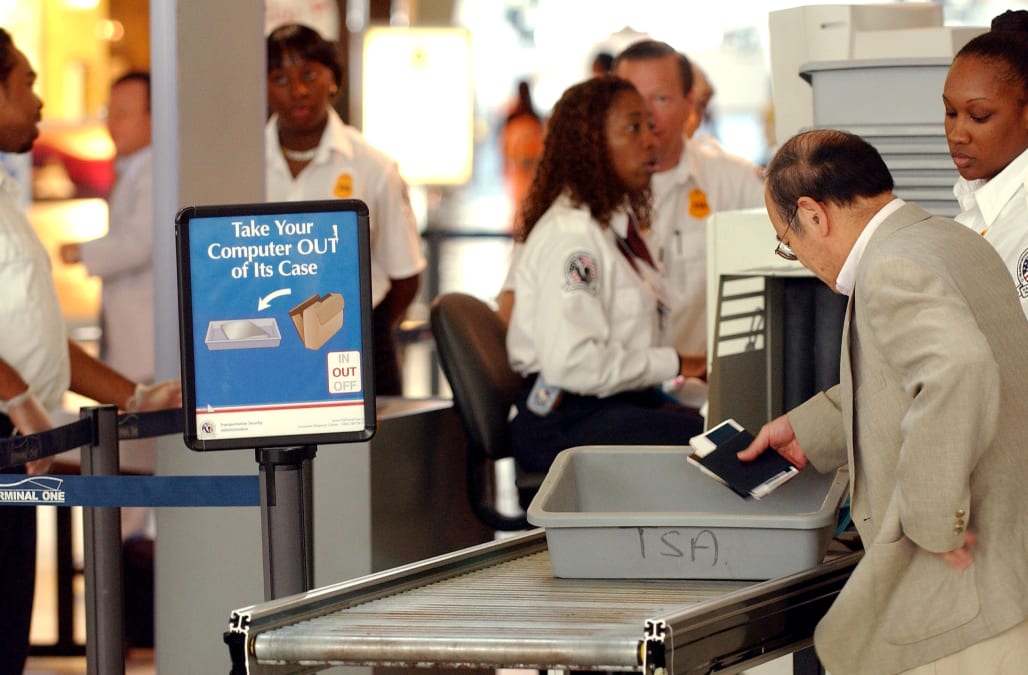 The Transportation Security Administration found a record number of guns in carry-on baggage in 2016, and a staggering 83 percent of them were loaded.

According to the TSA, which released its annual review on Thursday, 3,391 guns were found in checked bags in 2016. That's a 28 percent increase from 2015, and the ninth record-breaking year in a row. The TSA also screened 43 million more passengers than it did in 2015, but that was only a 6 percent increase. So the increase in screenings does not fully account for the increase in guns found in carry-on luggages.

The TSA also showed off some of the other prohibited items it found in passengers' carry-ons. There was gun powder, some of which was contained in powder horns from travelers who apparently thought they would be flying in a time machine back to the Revolutionary War. There were also realistic looking toy grenades or grenade replicas, swords hidden in canes, various throwing stars (including one hidden in a cell phone case), axes, and knives hidden in pens, keys, and lipstick tubes. Speaking of lipstick tubes, at least one person tried to bring a lipstick stun gun on board.

The TSA enjoys showing off the prohibited items people try to sneak through (or simply don't realize are against the rules, despite the ample warning signs and explanations posted throughout the airport). Last December, a positively giddy host appeared in minute-long YouTube video to show off 2016's "Top 10" weird things passengers tried to bring on planes, which included a "Hello Kitty" themed gun, a fake suicide vest, a bottle of brandy with dead seahorses in it (the bottle was too large for a carry-on, the seahorses were endangered and also dead, so no, that was not allowed through) and a movie prop of a rotting corpse (which was allowed through after a thorough screening).

The post Record Number Of Idiots Caught Trying To Bring Guns On Planes In 2016 appeared first on Vocativ.