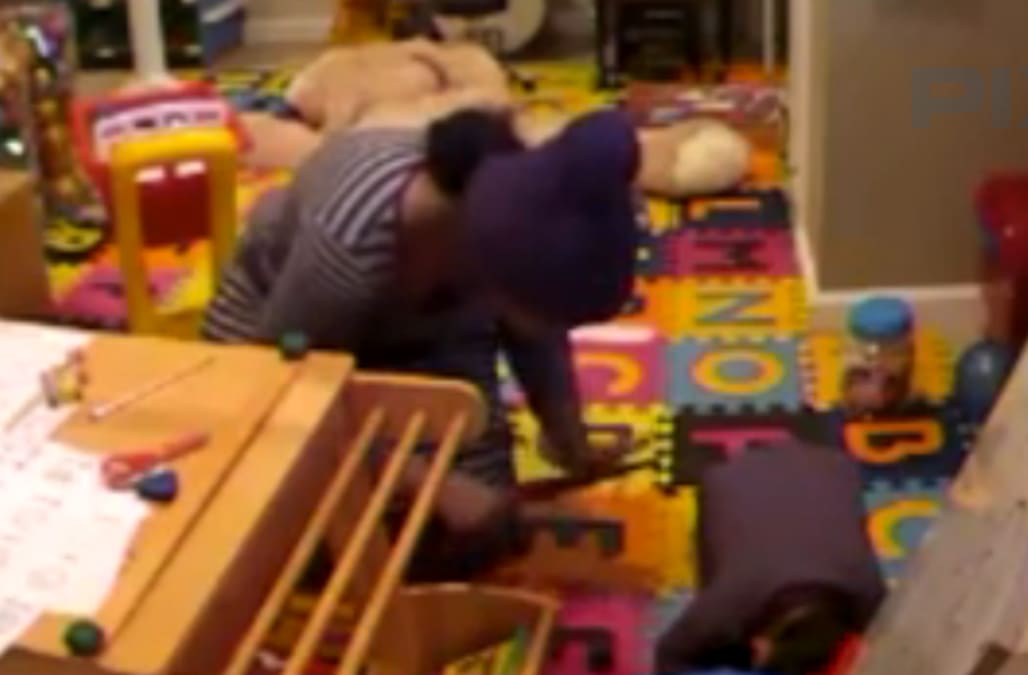 BALDWIN, NY (Pix11) — A Long Island mother warning other parents after a nanny she hired was caught on video burning a 2-year-old boy with a curling iron.

"I'm feeling devastated. I fee like I failed him," Angela Persaud said of her toddler son, Zander. "I should have done a better job of protecting my kid."

Nosipho Nxumalo, 21, of Harlem, was arrested Thursday after the boy's mother realized her son had suffered a burn, and later saw the nanny on video causing the injury, according to the Nassau County Police Department.

The incident happened at a Baldwin-area home.

The mother was bathing the 2-year-old boy when he yelled out, police said.

She then noticed the boy's hand was red and he appeared to be in a lot of pain. When asked what happened, the boy replied that the nanny had burned him with an iron.

After reviewing video from a home security camera, the mother realized this to be true, police said, adding that a red curling iron was pressed against the boy's hand and leg.

Nxumalo was later arrested and charged with two counts of second-degree assault, fourth-degree criminal possession of a weapon and endangering the welfare of a child.

Now, she is warning other parents to double and triple check who they choose to care for their children.