Trump blames 'both Democrats and Republicans' for allegations 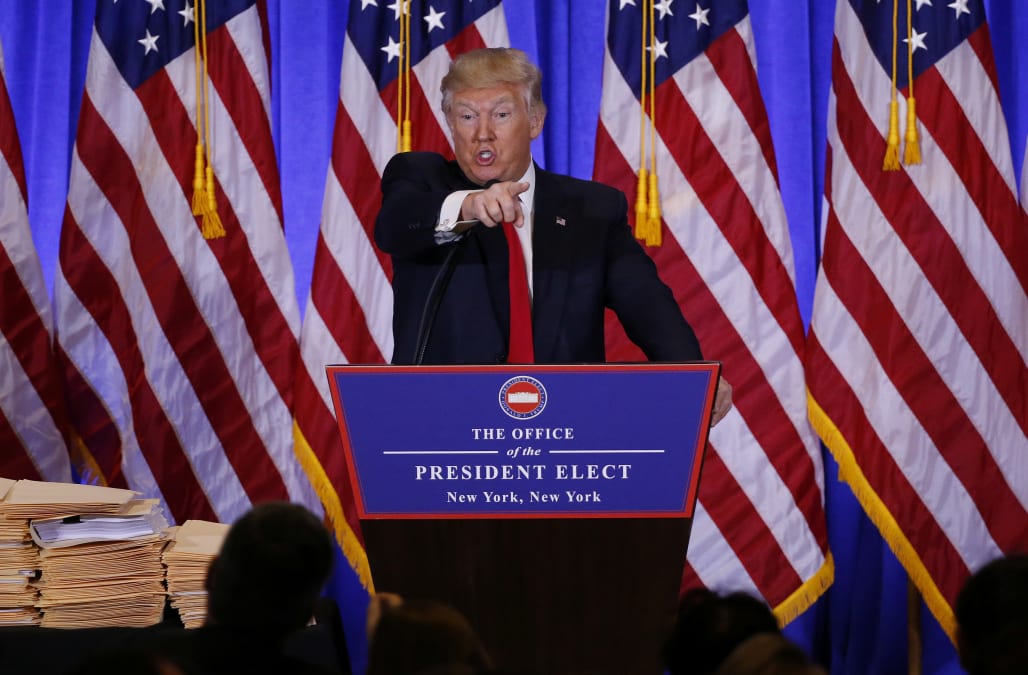 Jan 13 (Reuters) - U.S. President-elect Donald Trump on Friday accused his political opponents, "both Democrats and Republicans," for putting together a dossier of unverified claims linking him to Russia and said the document was probably released by intelligence agencies.

"Totally made up facts by sleazebag political operatives, both Democrats and Republicans - FAKE NEWS! Russia says nothing exists," Trump said in a series of posts on Twitter.

"Probably released by 'Intelligence' even knowing there is no proof, and never will be," he said.

On Wednesday, U.S. spy chief James Clapper said that media leaks of the material had not come from U.S. intelligence agencies and that the agencies had not judged whether the information was reliable. (Reporting by Washington Newsroom; Editing by Hugh Lawson)

More from AOL.com:
Trump taps Rudy Giuliani to head cybersecurity
Donald Trump presses for immediate Obamacare replacement
Paid staffers were on hand to cheer for Trump at his press conference