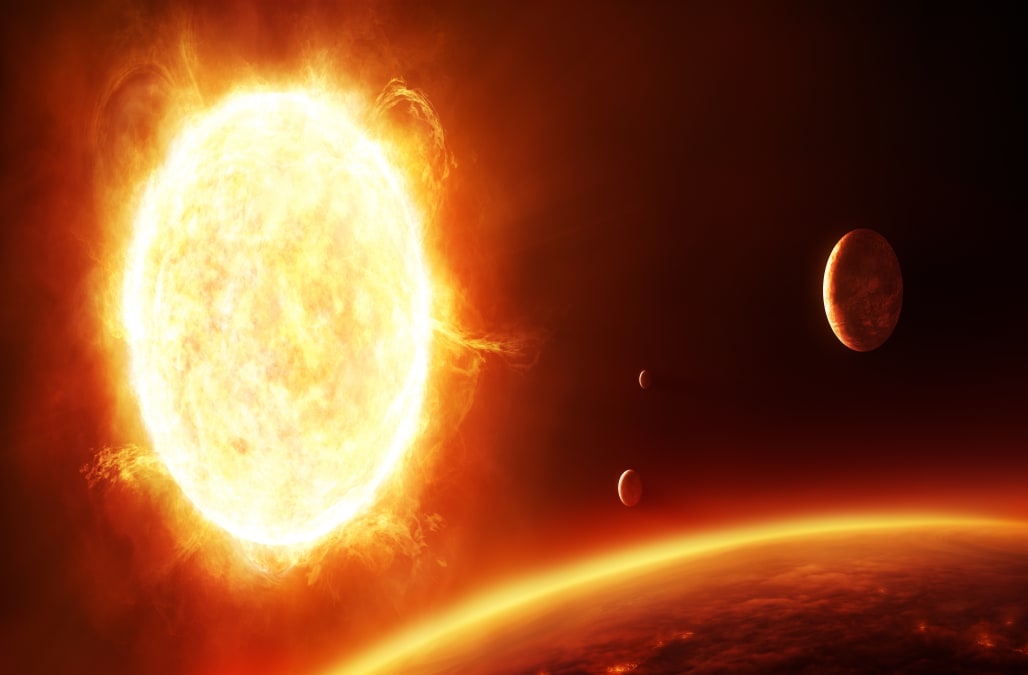 Scientists may have finally solved one of the most intriguing mysteries in the universe.

We're talking about a megastar that emits strange light patterns. It's so unusual some were convinced it's proof of alien technology.

However, the truth may be even cooler!

A new study published in the Monthly Notices of the Royal Astronomical Society claims that the pulsing lights we see may be the star eating one of its own planets.

Scientists believe that this would account for the strange dipping and dimming of light seen by astronomers.

A previous theory was that comets orbiting the star could produce the erratic shifts in light.

Unfortunately for alien theorists, despite its pulsing light, the study reports that the star known as KIC 84622852 is an "apparently ordinary" star.

More from AOL.com:
Here's what Earth looks like from Mars
Hubble telescope captures two galaxies collide
Asteroid the size of a 10-story building whizzes by dangerously close to Earth