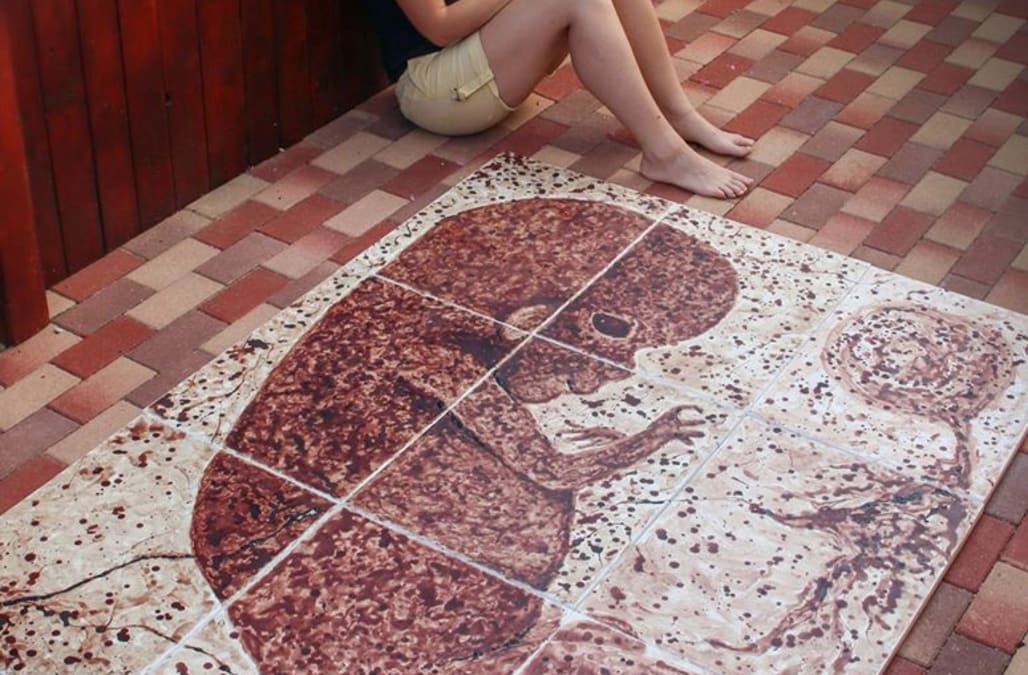 One Romanian artist found an innovative way -- using her own menstrual blood -- to create art.

Timea Páll, 28, painted a large foetus over the course of nine months with solely period blood. She calls it "The Diary of My Period".

Not sure she could paint a large project her own blood, Páll initially tried out the idea on a smaller self portrait, which she told Buzzfeed brought her positive reviews.

Confident in her capabilities to produce an even larger project, Páll began her project one square at a time, painting a square each month until the nine portions were able to form a painting of a foetus.

Related: Woman collects four months' worth of her own menstrual blood to create a painting

"The periodic elimination of my ovum with my menstrual flow inspired me to give birth to something which has a biological end and to create the start of the end," Páll wrote on her Facebook page.

Páll is aware that her artwork may turn some stomachs but she believes her artwork has a message, and that is to represent the importance and fragility of motherhood.

"I feel that this artwork has a mission, even if it's not able to see, to talk, or to breathe but maybe the audience will see, talk and breath instead of this little creature, independently from any sexual orientation, any skin tone or religious views... When an "ovum dies" an "artwork is born"," she stated.

SEE ALSO: Artist paints portrait of Donald Trump with her own blood

Reviews of "The Diary of My Period" has been mixed, with people describing her work as "disgusting, gross, crazy, and weird," Páll shared.

But she remains appreciative of the overwhelmingly positive reactions she has received thus far.

"I really would like to expose my work at art galleries as well, all over the world," Páll told Buzzfeed, "to shock people that it doesn't have any smell at all."