John Lewis: 'I don't see Trump as a legitimate president' 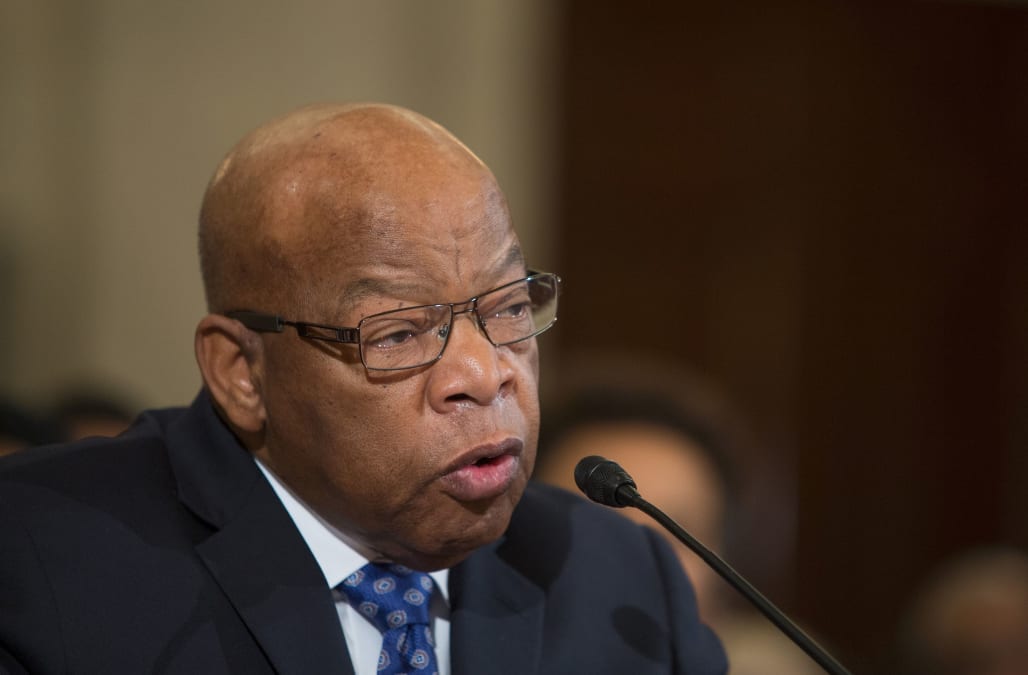 In an exclusive interview for "Meet the Press," Rep. John Lewis (D-Ga.) said he believes Donald Trump's election is illegitimate because of Russian interference in last year's election.

Asked whether he would try to forge a relationship with the president-elect, Lewis said that he believes in forgiveness, but added, "it's going to be very difficult. I don't see this president-elect as a legitimate president."

When pressed to explain why, he cited allegations of Russian hacks during the campaign that lead to the release of internal documents from the Democratic National Committee, and Hillary Clinton's Campaign Co-Chairman, John Podesta.

"I think the Russians participated in helping this man get elected. And they helped destroy the candidacy of Hillary Clinton," Lewis said.

Trump appeared to acknowledge this week that Russia did engage in hacking during the campaign, but he has vigorously argued that any foreign interference had no impact on the election's outcome.

The long-serving Georgia Congressman and Civil Rights leader also said that he would not attend President-elect Trump's swearing-in. "I don't plan to attend the inauguration. It will be the first one that I miss since I've been in Congress. You cannot be at home with something that you feel that is wrong, is not right."

For more, tune into "Meet the Press" on Sunday morning.