Woman with Down Syndrome denied bakery job, so she opened her own 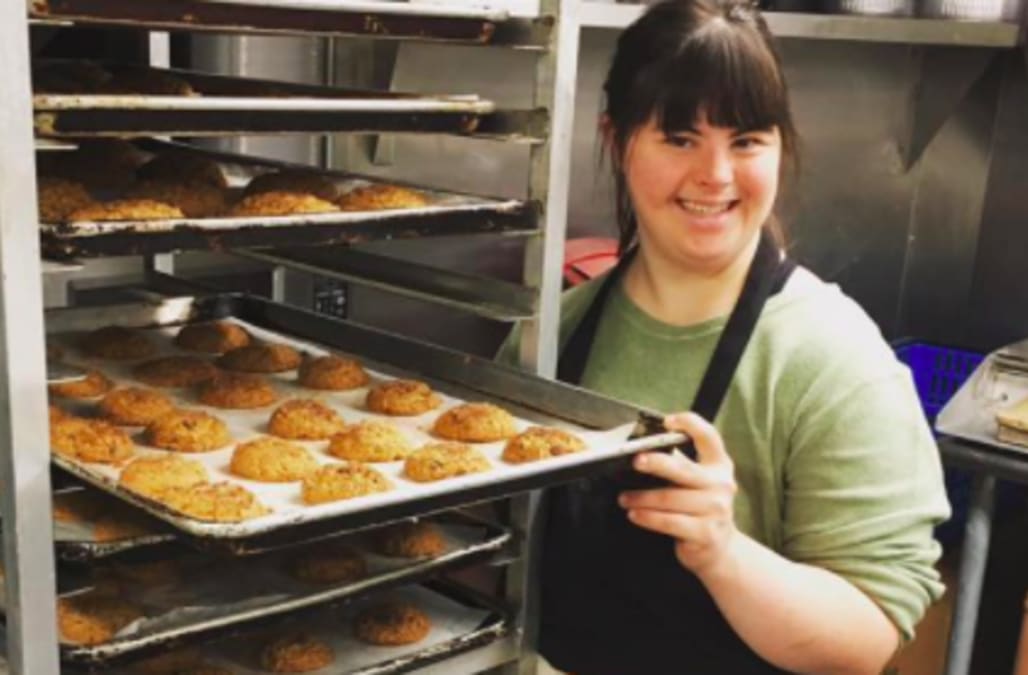 Boston resident Collette Divitto developed a passion for baking as a teenager. When she began applying for jobs when she was 22, however, she was shut out from bakery after bakery.

"Many people who interviewed me for jobs said I was really nice but not a good fit for them," Divitto told Upworthy. "It was really hurtful and I felt rejected a lot."

Divitto, who has Down syndrome, did not to give up. With the help of her mom, she opened up her own shop called Collettey's Cookies. When she started, she received an order for 100 cookies per week by local grocery store Golden Goose.

After CBS News covered the bakery, it took off -- and has received over 10,000 orders by December of last year. Divitto is now 26.

Currently, Alfredo works at the bakery with her daughter along with Golden Goose volunteers. She hopes as the business grows, they can hire more people. Divitto encourages people to not let others get them down. She said, "Never give up. Don't let people make you sad or feel rejected. Stay motivated and follow your dreams."

A GoFundMe campaign has been opened to assist Divitto with her next endeavor: owning a production and distribution facility and creating more jobs for adults with disabilities.