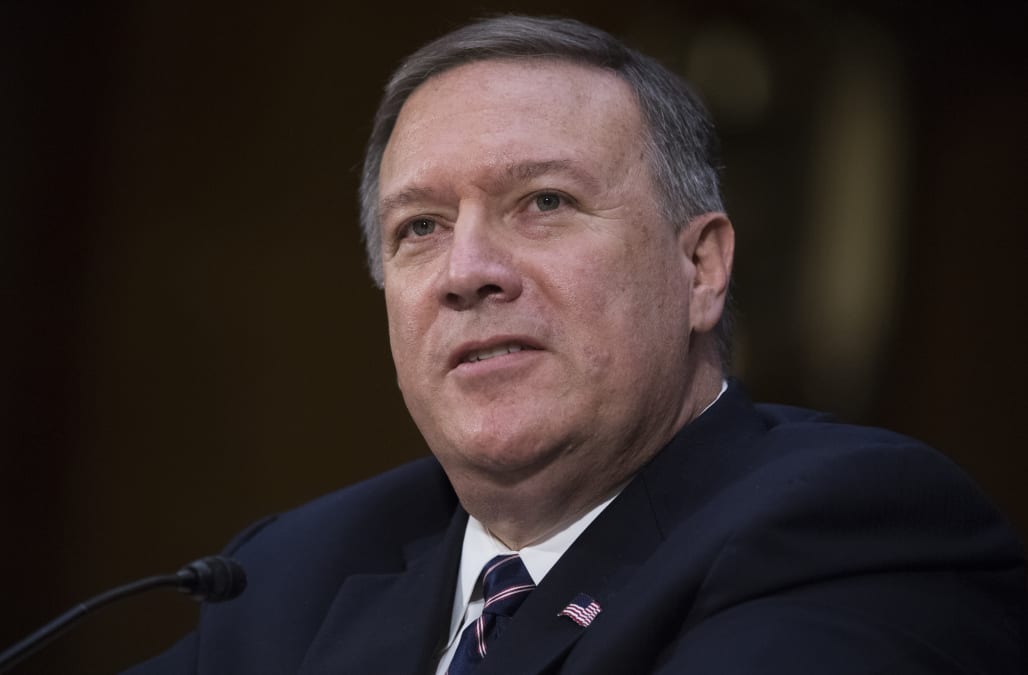 Republican Rep. Mike Pompeo on Thursday sought to quell concerns his judgment as CIA director would be colored by partisan motivations, telling members of the Senate Select Committee on Intelligence he agreed with the intelligence community's assessment that Russia had interfered in the U.S. election.

Speaking of the current skepticism circulating around the legitimacy of the election results, Pompeo told the committee he has "no doubt that the discourse that's been taking place is something [Russian President Vladimir] Putin would look at and say, 'That was among the objectives that I have.'"

Earlier in the hearing, Pompeo said he believed a recent report from the intelligence community concluding that Russia tried to help Republican President-elect Donald Trump by "discrediting" his Democratic rival, Hillary Clinton, was "sound."

If confirmed as CIA director, he added, "I will continue to pursue foreign intelligence with vigor no matter where the facts lead."

As Sen. Mark Warner, the committee's ranking Democrat, was making his opening remarks, the power went out, prompting everyone to relocate to a different room. Republican Sen. Richard Burr, the committee's chairman, assured NBC News' Kelly O'Donnell the outage was the result of a central power failure affecting parts of the Senate office building, and not some nefarious cause.

Zeroing in on Russia

In his opening remarks, Pompeo took aim at Russia, saying that Moscow has "reasserted itself aggressively, invading and occupying Ukraine, threatening Europe and doing nothing to aid in the defeat of ISIS."

He later said, "It's pretty clear about what took place here about Russia involvement in efforts to hack information and to have an impact on American democracy."

The remarks put him at odds with the president-elect, who has repeatedly challenged the intelligence community's assessment that Russia was behind a hack on the Democratic National Committee.

A foreign policy hawk elected in the Tea Party wave of 2010, Pompeo is known as a vociferous critic of the Iran nuclear deal and champion of aggressive surveillance programs. He was tapped by Trump to lead the CIA ten days after the election.

Pompeo said Thursday that though he opposed the Iran nuclear agreement as a member a Congress, "If confirmed [as CIA director], my role will change." He vowed to continue to evaluate Iranian compliance with the agreement, which put limits on Iran's nuclear programs in exchange for lighter sanctions. Yet he cautioned: "The Iranians are professionals at cheating."

Pressed on his views about "enhanced interrogation techniques" — which Pompeo has defended as legal and patriotic, not as torture — the four-term Republican said Thursday that current law limits interrogation to techniques outlined in the Army Field Manual, which does not include methods like waterboarding.

In order to bring back enhanced interrogation techniques, Pompeo said, Congress would have to the change the law.

Furthermore, Pompeo added that he would "absolutely not" follow an order from the president to restart any techniques that fall outside of the Army Field Manual. Trump campaigned in part on a promise to bring back waterboarding.

"I can't imagine that I would be asked that," Pompeo said, without acknowledging Trump's campaign commitment. "I am deeply aware that any changes to that will have to come through Congress... I'll always comply with the law."