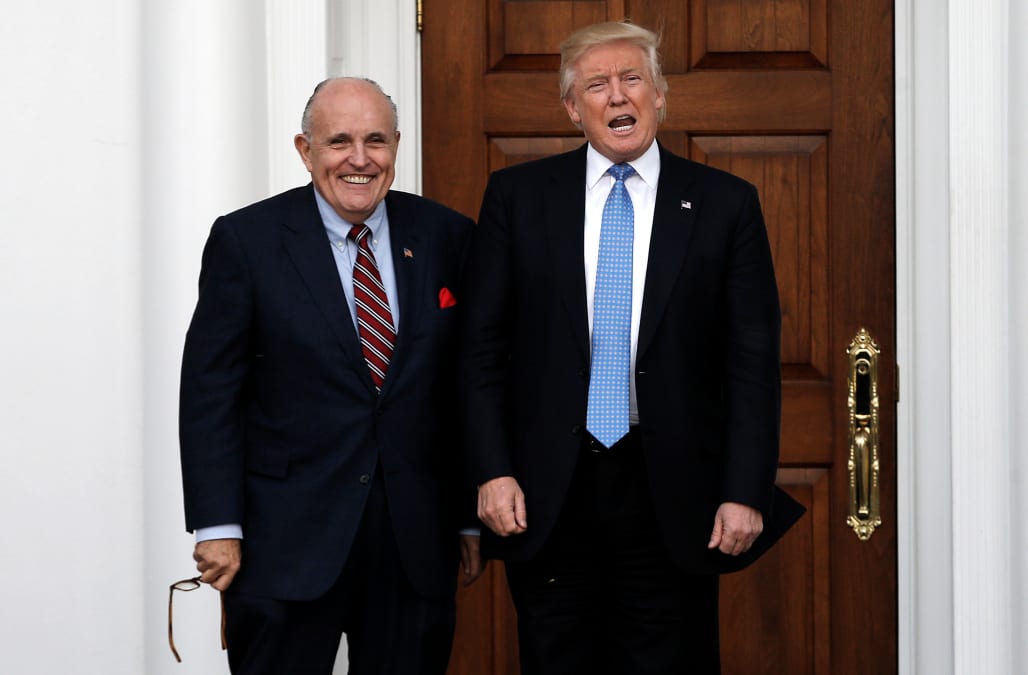 In a statement Thursday, the Presidential Transition Team announced Giuliani, an advisor to Trump during his campaign, would take on an unnamed role "sharing his expertise and insight as a trusted friend concerning private sector cyber security problems."

Giuliani told Fox Business in December that "my dream is to try to solve the cybersecurity problem." In addition to a 2008 presidential run and public speaker, Giuliani spent much of his post-mayoral life as chair of the cybersecurity, privacy, and crisis management practice at the New York City law firm Greenberg Traurig.

In a previous interview with Market Watch, Giuliani has said that he became interested in corporate cybersecurity as mayor, when he learned the field was a burgeoning area of national security. He was wary of the common practice of employing reformed, self-taught ex-hackers, he said, and instead preferred hiring former members of the military.

It's not fully clear what Giuliani and Trump plan to do. The Trump team's official statement says that "it is contemplated that the President-elect will be hosting a series of meetings with senior corporate executives from companies" that have been victims of hacking.

Throughout his campaign, Trump often made baffling references to cybersecurity, often calling it "the cyber" and referring to the computer expertise of his 10-year-old son, Barron. In previous statements, he the fact that attribution of cyberattacks is extremely difficult difficult as living in "the age of computer."

He spent months denying the U.S. intelligence community's assessment that hacks against Democrats during the election could be clearly attributed to Russia, later indicated he agreed with that assessment, and then again said in a press conference Wednesday that "it could have been others." He also blamed Democrats "for not having hacking defense."