Sen. Tim Scott's one-word response to being called the N-word 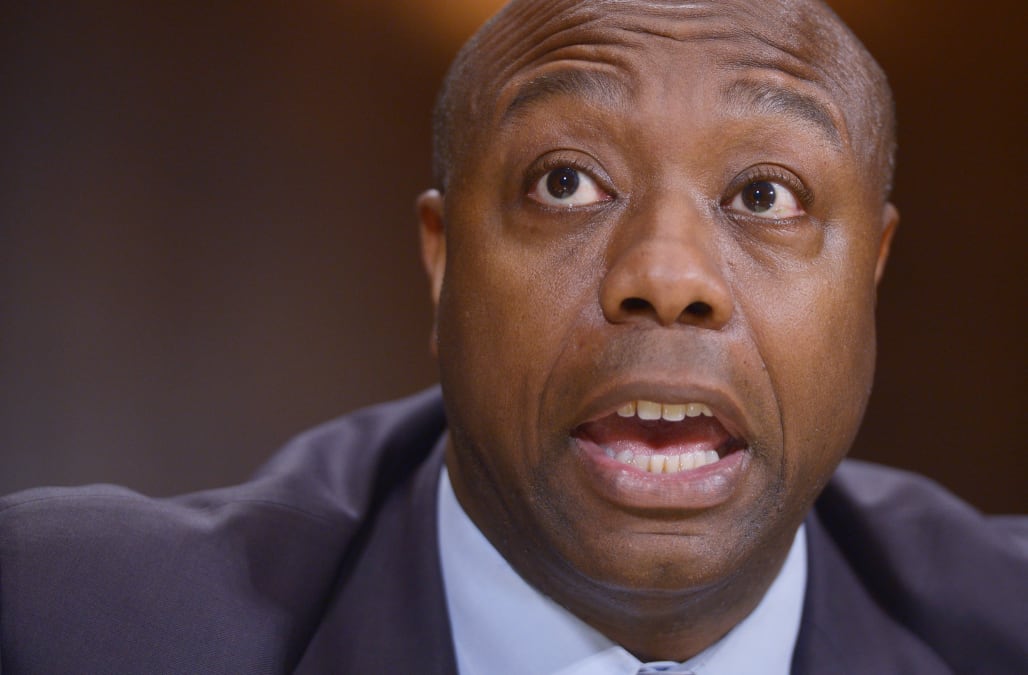 On occasion, Sen. Tim Scott, the only black Republican U.S., has found himself to be a target for Twitter trolls. But on Wednesday, the senator's latest response to a racially offensive tweet has yielded an overwhelming response from his followers and non followers alike.

The exchange began on early Wednesday when a user directed a racial slur to Scott and William Smith — both of whom are African American men who testified on behalf of President-elect Donald Trump's Attorney General nominee Jeff Sessions this week -- referring to the two as "house n----s."

To which, the South Carolina senator responded to the now-deleted tweet, "Senate," informing the user that both he and Smith, who is a former aide to Sen. Sessions, worked in the Senate.

And this is not the first time Scott has had to field an offensive comment.

"Right now, I have about three or four pages of this nonsense because of the Sessions nominations," Scott released in a statement to AOL News. "Unfortunately, some people feel like they have a license to say stupid stuff, and too often it comes from liberals. So I thought it was a good time to really tell people what I thought.

SEE ALSO: President Obama opens up on racism he faced while in White House

"It's crazy how many times I've been called either the n-word, or an Uncle Tom...simply because they do not agree with me," Scott stated.

Scott has been a Senator since being sworn into office in 2013, making him the first black Senator to represent South Carolina since the late 19th century.

"I remember back in my House office we had to shut the phones down during one of the debt ceiling votes because I had staffers crying after so many racially charged phone calls," he continued.

But while Scott responded to the tweet in epic twitter fashion, Scott contends that his preferred manner of response is none at all.