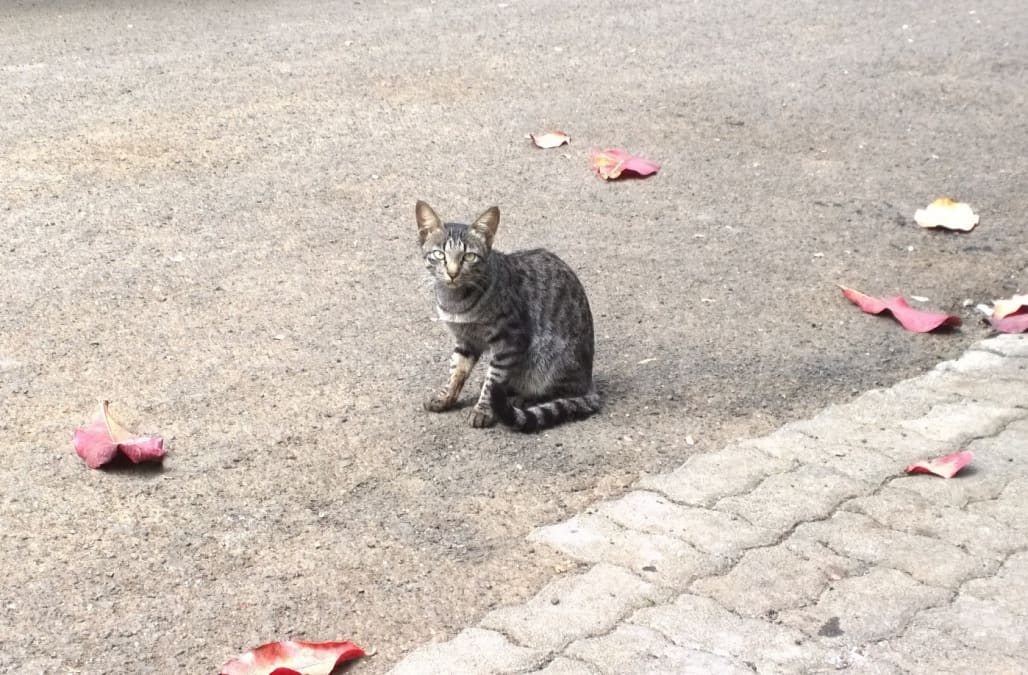 What's the difference between obscenely hungover people and feral cats?

The unwavering appetite for fried food, of course.

Apparently, Kentucky Fried Chicken happens to be the secret ingredient in helping control the feral feline population, which poses a constant risk to over 100 native species in Australia.

Parks Victoria staff spent A$260 (US$193) during seven visits to the same KFC store in a four month period, according to The Guardian. An unnamed Parks Victoria staff member told the news outlet the fast food is "widely known to be the most effective bait for luring feral cats."

(Photo via AppalachianViews via Getty Images)

View of sunshine, mountains and a lake at Glacier National Park.

The Grand Canyon Skywalk is in the Grand Canyon West area. It is a transparent cantilevered structure which allows people to walk out and look down close to 800 feet. The beauty of the canyon extends throughout the rest of the picture.

Sunset at the Newfound Gap in the Great Smoky Mountains near Gatlinburg, Tennessee, USA.

Dr Guy Ballard, from the Vertebrate Pest Research Unit at the University of New England, told Mashable via email confirmed that people do indeed use it.

"Although it is not standard practice for our own research group, I'm aware that many people use KFC (or other fried chicken or fish) as a food lure option when trying to trap feral cats in cage traps," he said.

The revelation comes as the state's environment minister Lily D'Ambrosio announced an independent review into the authorities' credit card use on Monday, citing "a large number" of transactions and cards available to staff.

Feral cats now cover 99.8 per cent of Australia, and have already driven 20 Australian mammals to extinction.

The feral cat population fluctuates "between 2.1 million when times are lean, up to 6.3 million when widespread rain results in plenty of available prey," Dr Sarah Legge from The University of Queensland said in a statement.