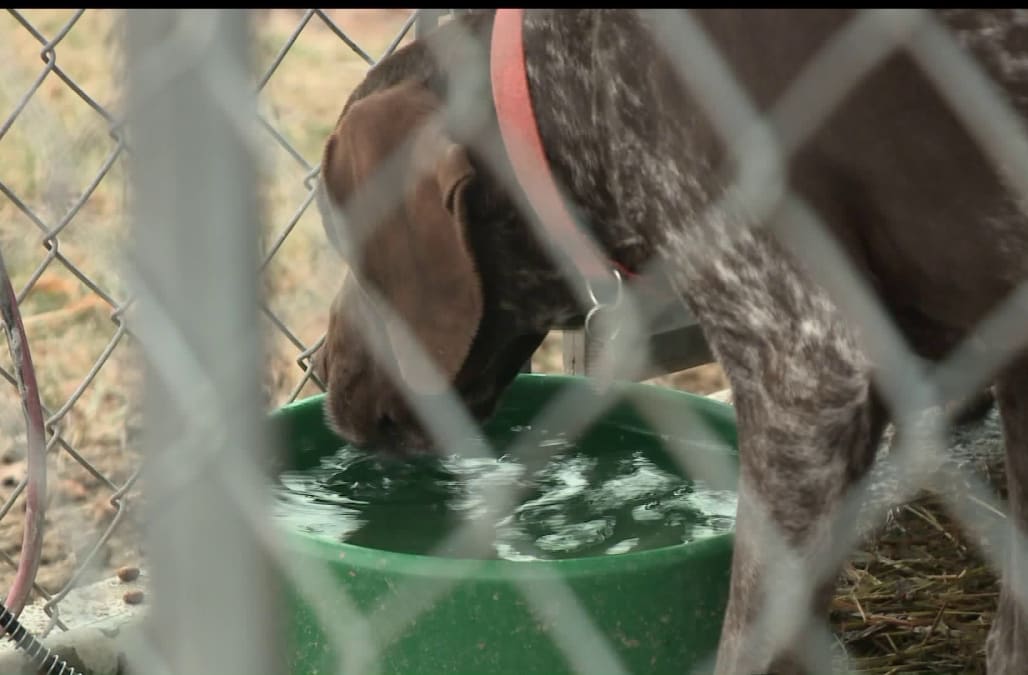 LUCAS, Iowa (WHO) -- A dog owner in Lucas County says he's being hounded by people accusing him of not taking care of his pet. The man and local authorities have been inundated by callers claiming the dog is malnourished and on the verge of death.

There are photos circulating around the internet and causing a frenzy. It's unclear who took the photos or when the photos were taken, but they've been making the rounds on facebook and appear to show the dog looking emaciated. Over the past month, the Lucas County Sheriff's Office has received multiple phone calls from several different individuals wishing to complain of dog neglect. Deputies have been to the dog owner's house in Lucas repeatedly over the weeks to check on the welfare of the dog.

Today, we went to see for ourselves, and we found the dog to be looking just fine. The dog's owner did not want to go on camera, but off camera told us the dog has plenty of food, water, and shelter. The owner also pointed us to the clean bill of health a local vet in Chariton gave the dog on December 20, 2016, which states that the "German Pointer named Benny...is in good physical condition with appropriate fat cover."

"70% of the dogs I see are too fat, and he was not fat," said Richard L. Runyon, DVM of Eastridge Animal Center in Chariton. "He was lean. I wouldn`t say he was too lean. (He) Appeared healthy in about any way that I could see. Everything looked good," said Runyon.

One of the concerned citizens that contacted local authorities, a woman named Nancy, who saw the photos on facebook, said "this dog is not of good body weight." But the vet that examined Benny disagrees. Nancy also raised concerns about the dog being too cold; saying "I was told the dog has an insulated dog house with a flap, but this is still not enough for warmth. There is a mentality that all dogs are suited to live outside in very cold weather. That is not true," said Nancy.

Again, Dr. Richard Runyon has a different point of view. "Those dogs in Alaska live out there in way worse and pull a sled and even your short haired breeds, if they`re acclimated to winter, survive it really well, and especially if they have a good place, a warm place to sleep and plenty to eat, they really aren't in a big problem," said Runyon. "Food and water is the big thing, food, water, and shelter," he said.