Man convicted of rape for removing condom during sex 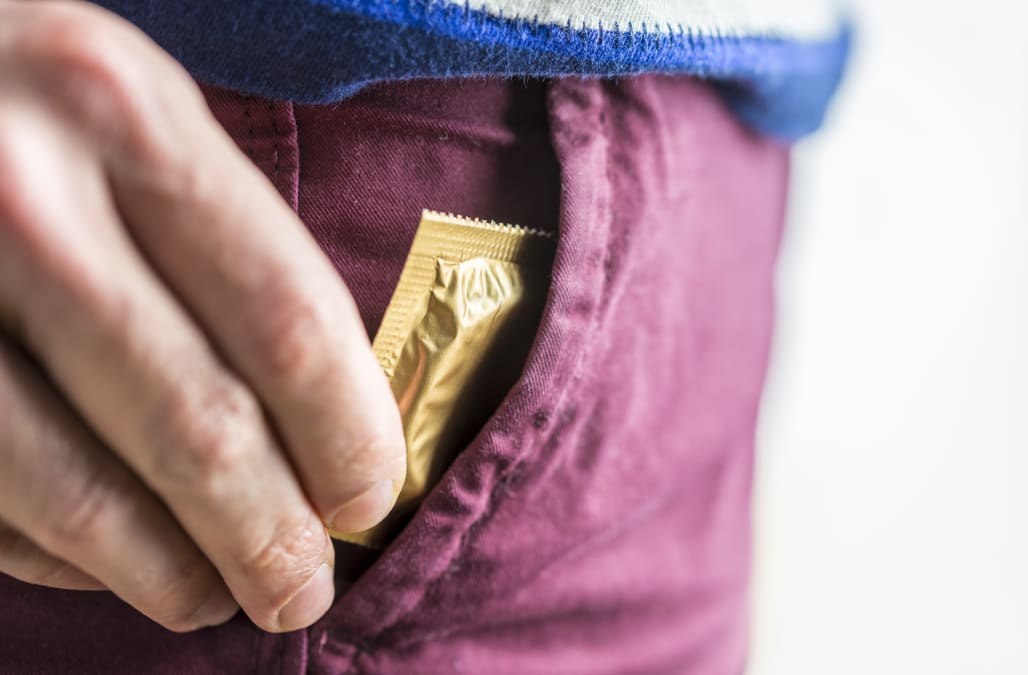 A 47-year-old man was convicted of rape because he took off a condom during sex.

According to the news agency RTS, a criminal court in Switzerland ruled that if a condom was expected but not used, having intercourse without one legally constitutes sexual assault.

The French man met a Swiss woman on Tinder back in 2015. The woman said she only discovered the condom had been removed once they had finished having sex. The man received a 12-month suspended sentence after his conviction.

Related: Major verdicts and decision of 2016

Major verdicts and decisions of 2016

The man accused of killing nine parishioners inside Mother Emanuel Church in Charleston, South Carolina was found guilty of all 33 counts brought against him.

Former Stanford University student Brock Turner was found guilty of sexually assaulting an unconscious woman near the college's campus. He was sentenced to six months in county jail, but was released after three months.

A jury awarded the former professional wrestler $140 million in a privacy lawsuit against Gawker. Hogan testified during the trial that he was no longer "the same person I was before" following personal setbacks and the humiliation suffered when the online news outlet posted a video of him having sex with a friend's wife.

The FBI recommended that no criminal charges be brought against Former Secretary of State Hillary Clinton for her personal email system. U.S. Attorney General Loretta Lynch accepted that recommendation.

The Georgia man accused of intentionally leaving his 22-month-old son strapped inside a hot car to die because he wanted to live a child-free life was found guilty of murder.

Former Nazi SS officer Reinhold Hanning was convicted of 170,000 counts of accessory to murder. Hanning was sentenced to five years' imprisonment over his role at the Auschwitz camp.

The jury was unable to reach a unanimous decision in the trial of former North Charleston police officer Michael Slager and the judge declared a mistrial. Slager is accused of shooting and killing unarmed black motorist, Walter Scott.

A jury awarded sportscaster Erin Andrews $55 million after she took legal action against the operator of the Nashville Marriott at Vanderbilt University for invasion of privacy after another guest at the hotel took video of her through her hotel room door peep hole.

A fresh inquest into the 1989 Hillsborough disaster, in which 96 soccer supporters were crushed to death reached a verdict of unlawful killing.

The leaders of an armed group who took over the Malheur National Wildlife Refuge in Oregon to protest the federal government's role in governing wild lands were acquitted. Brothers, Ammon (center top) and Ryan Bundy (top left) will still stand trial for a seperate armed standoff in Nevada.

Pennsylvania's former Attorney General Kathleen Kane was found guilty of all charges in her perjury trial. She was accused of leaking secret grand jury information to a newspaper and lying to cover it up. Kane was sentenced to between 10 and 23 months in prison.

Three officers were acquitted and the charges against the remaining three were dropped. Freddie Gray suffered a critical neck injury in the back of a police van. The case fueled new anger over police treatment of minorities.

Lonnie David Franklin Jr. was convicted of 10 counts of first-degree murder and one count of attempted murder for the "Grim Sleeper'' killings. Prosecutors say he killed nine women and a teenage girl over more than two decades in the Los Angeles area. He was sentenced to death in August.

A Tennessee jury found former Vanderbilt football player Brandon Vandenburg (center) guilty on all counts in connection with the rape of an unconscious female student inside his college dorm room. His teammate, Corey Batey (right) was also found guilty of aggravated rape in the same case. Both men were originally convicted in 2015, but their verdicts were thrown out because a juror hadn't disclosed that he was the victim of sexual assault in the past.

The jury was unable to reach a verdict for Ray Tensing and an Ohio judge declared a mistrial. The former University of Cincinnati police officer is accused of the shooting death of Samuel Dubose during a routine traffic stop.

William 'Bill' Baroni, former deputy executive director of the Port Authority of New York & New Jersey and Bridget Anne Kelly, former deputy chief of staff for New Jersey Governor Chris Christie were found guilty on all counts in connection with the George Washington Bridge scandal. They were accused of intentionally causing a traffic gridlock in Fort Lee during morning rush hour for a week in September 2013.

A jury awarded the former Penn State assistant coach $7.3 million in a whistleblower lawsuit and the judge added $5 million to that verdict. The jury found that Penn State defamed McQueary.

A $70 million verdict was reached in a baby powder lawsuit against Johnson & Johnson. A woman alleged the company's baby powder caused her ovarian cancer.

The jury convicted the former New York City Police officer of manslaughter in the shooting death of an unarmed man in the stairwell of a Brooklyn housing project. The judge reduced his conviction to criminally negligent homicide and Liang didn't face any jail time.

Former police sergeant Drew Peterson was convicted for a murder for hire plot. He was found guilty of trying to hire someone to kill the prosecutor who helped convict him in the killing of his third wife, Kathleen Savio. He was sentenced to 40 additional years.

The NBA athlete and two other men were found not liable in a sexual assault case.

Discover More Like This
HIDE CAPTION
SHOW CAPTION
of
SEE ALL
BACK TO SLIDE
(By: Troy Frisby)