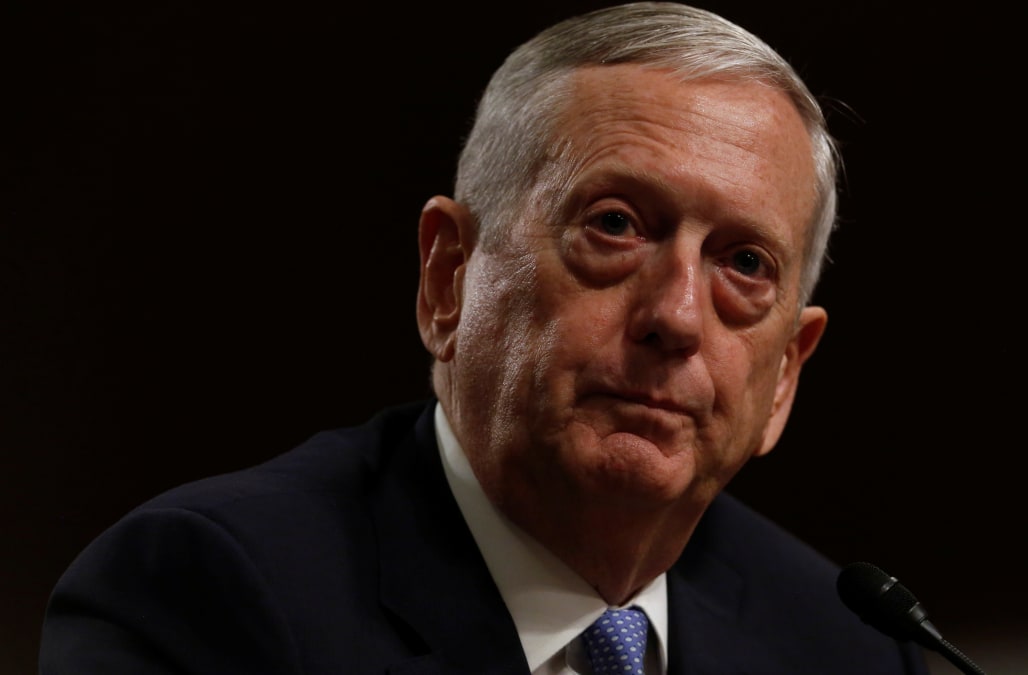 President-elect Donald Trump's pick for defense secretary has a few different nicknames, but the one so often ascribed to him is one he hates the most: Mad Dog.

The view was pretty clear to anyone watching his confirmation hearing on Thursday, in which a senator brought it up during questioning.

"I assure you that nickname was given to me by the press, and some of you may have experienced similar occasions with the press, where perhaps they didn't get it quite right," he said. Mattis may be referring to a 2004 Los Angeles Times article which asserted that his troops called him "Mad Dog" behind his back during the Iraq War.

Egyptian Chief of Staff of the Armed Forces Sami Anan shakes hands with US Commander of the Central Command James Mattis during a meeting in Cairo on March 29, 2011.

Kuwait Major General James Mattis, a high ranking Marine commander who also led troops into Afghanistan, visits Living Support Area one in Kuwait near the Iraqi border where troops are poised to begin a war against Iraq if called to do so by the President of the United States.

But it's important to pointing out they would never call him that in person, since NBC previously noted that he dislikes it. That of course, didn't stop President-elect Trump from calling him by the name during his nomination announcement.

Still, Mattis used the confirmation as a rather diplomatic way of saying please, please just stop. He of course has other nicknames that are floating out there. Sometimes he's "the Warrior Monk," since he's a lifelong bachelor who is a voracious reader.

But to most of his Marines, he's simply "Chaos." As his radio call sign in Iraq and Afghanistan, that was the quickest way to get the general on the horn. And it was, and still is, just fine to refer to him as such to his face.

NOW WATCH: These are the secretive 18-wheelers the US government uses to transport nukes on America's roads