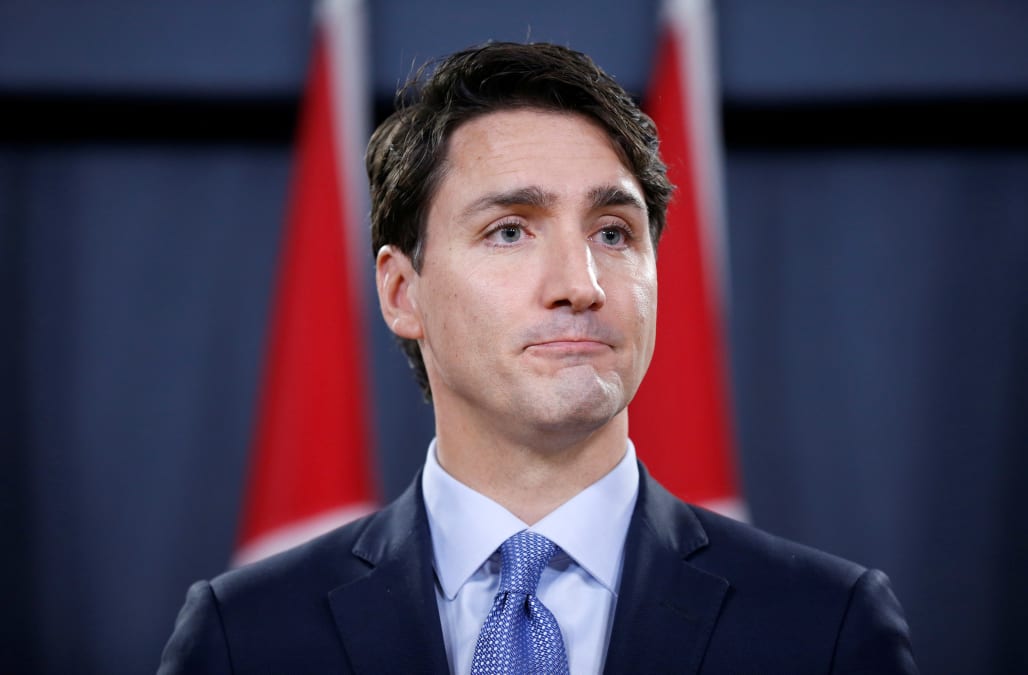 OTTAWA, Jan 12 (Reuters) - Canadian Prime Minister Justin Trudeau, under fire for holidaying on a Caribbean island owned by the Aga Khan, on Thursday revealed he had flown there by private helicopter - an apparent breach of official ethics rules.

Trudeau, 45, came to power in November 2015 promising to run an open and accountable administration but has been dogged by repeated questions about his luxury Bahamas vacation over the New Year, which his officials first declined to talk about.

Opposition legislators say the holiday was inappropriate since Ottawa helps fund the Aga Khan's foundation, and shows Trudeau is out of touch with ordinary Canadians at a time when the economy is struggling.

"The travel back and forth from (the Bahamian capital) Nassau to the island happens on the Aga Khan's private helicopter, which he offered us the use of ... we don't see an issue on that," he told a televised news conference in Kingston, Ontario, during a cross-country tour to meet voters.

The Aga Khan, the wealthy leader of the Ismaili branch of Shi'ite Islam, is a close Trudeau family friend.

Under ethics rules which Trudeau himself introduced in 2015, government ministers may not take private flights without first getting approval from Mary Dawson, the country's conflict of interest and ethics commissioner.

Asked why he flew on the helicopter without consulting Dawson, Trudeau said he would happily answer any questions she might have. Dawson has already opened a preliminary inquiry into opposition complaints about the vacation.

Trudeau, who faces a separate probe by Dawson into fundraising by his Liberal party, last week scrapped a trip to the World Economic Forum in Davos and announced the cross-country tour.