Tiny food pantries are popping up across America 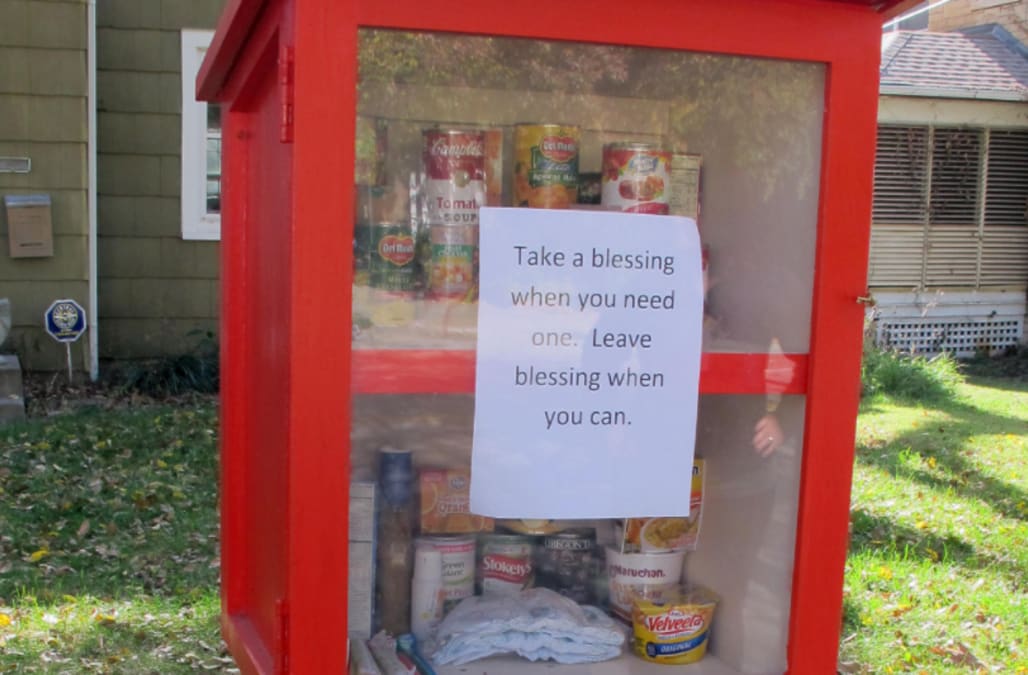 If you want to make a difference in your community but don't have time to stop by a food pantry, you may be in luck soon. A small-scale charity movement is appearing across the United States: lawn food pantry stands.

NPR reports that they're similar to "little free libraries" but instead of books, they're stocked with free food and necessities. Some have small personal care items like toothbrushes or bigger items like diapers. 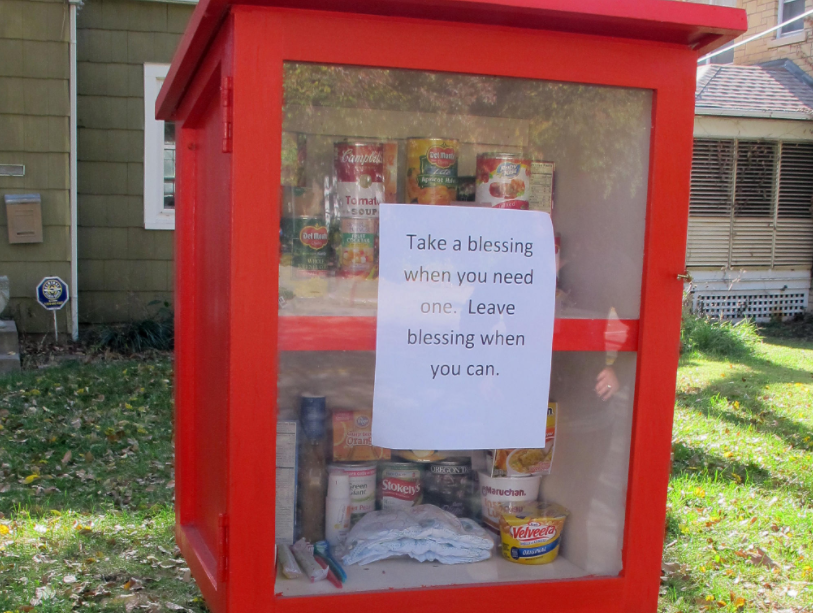 "I felt like this is something that I could do — something small that you know, would benefit so many people so long as the word got out about it," she told NPR.

These boxes are popping up in front of churches, business and even homes. They have been spotted in states from Oklahoma to Florida.

Check out what celebrities have done for charity

Hilary Swank met with Ibtihaj Muhammad (first U.S. Olympic athlete to compete in a Hijab) this week at the Equinox 2016 High Performance Living Summit and the two talked about the performance of her gear!

Amal Clooney gave the keynote address during the 17th Annual Texas Conference For Women in Austin, Texas, and spoke about the new president-elect, Donald Trump.

June Ambrose and Maria Shriver posed for a pic together at the 2016 High Performance Living Summit at The Glasshouses in New York City, hosted by Equinox. The summit brought together women to talk about perseverance and celebrating the science behind performance. (Leandro Justen/BFA.com)

Fashion designer Diane Von Furstenberg signs copies of her new book during the 17th Annual Texas Conference For Women and also gave a speech at the event. (Photo by Gary Miller/Getty Images)

Jenna Dewan-Tatum looked gorgeous at the charity event for Baby 2 Baby this week.

Model Miranda Kerr and her fiancé Snapchat founder Evan Spiegel got ready to open their check books at the Baby 2 Baby gala.

Actors Tracy Pollan, Michael J. Fox and comedian Susie Essman attend the 2016 A Funny Thing Happened On The Way To Cure Parkinson's this week in order to raise money to find a cure for the disease. (Photo by Jim Spellman/WireImage)
Up Next

Ballard has only seen a handful of people use her blessings box, because most come at night. Arkansas resident Jessica McClard has put up what she calls a "little free pantry" in front of her home as well.

She said that the turnover is pretty fast -- under an hour -- and it shows that these items are essential for the community. She told NPR, "the frequency of the turnover and the fact that other sites in town are also turning over that frequently, it suggests to me that the need is tremendous."

These little pantries are a cute, but effective, way to help others.