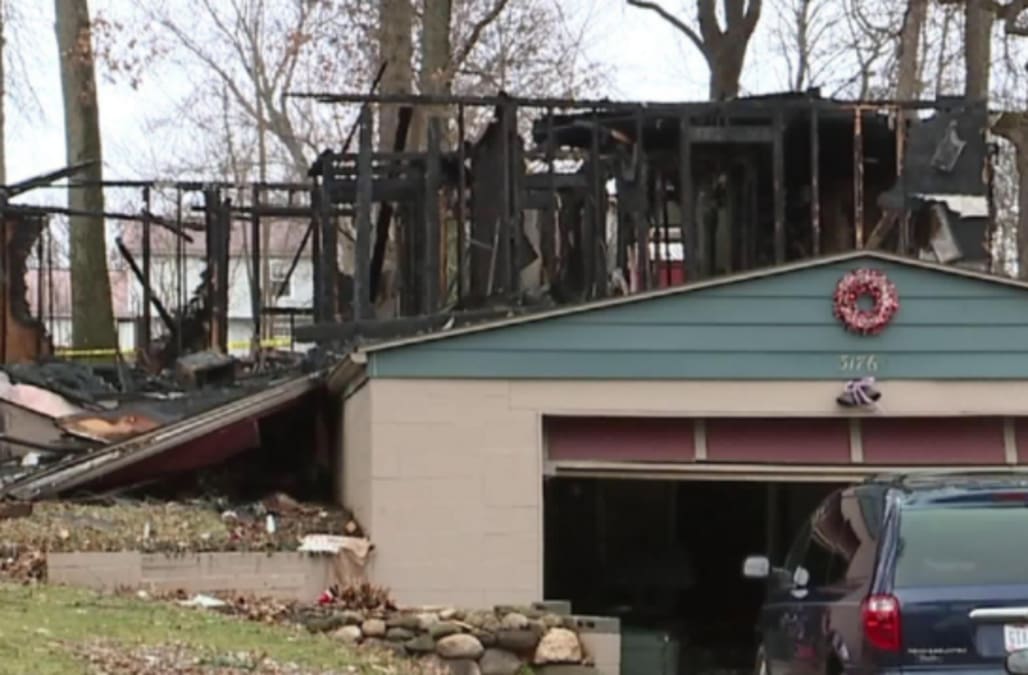 COVENTRY TOWNSHIP, Ohio (WJW) - An entire family survived the explosion that blew up their home Monday in Coventry Township.

Gabriel and Angie Hailey, two of their daughters and Angie's brother made it out safely after what is believed to have been a natural gas leak ignited. The force of the blast caused their home's ground floor to drop into the basement. The roof blew off, and then came back down also landing in the basement.

"There's no way, there's no way that you survive that, there is a God, there is a God and he saved us,he protected us, he covered us and he led us out that front door because there wasn't even a floor, we were walking on our roof to get out of that house."

The gas leak may have come from a furnace valve that was accidentally left on after some furnace work.

But the loss of all their possessions is not what the family is dwelling on.

"We're alive, that's all that matters. My most prized possessions are with me today and I'm really humbled by the fact that everything else is just material and it's going to to be replaced over time," said Gabriel.

The Gabriels have another daughter who wasn't at home at the time of the explosion.