CNN distances itself from BuzzFeed, says Trump is using the website 'to deflect from CNN's reporting' 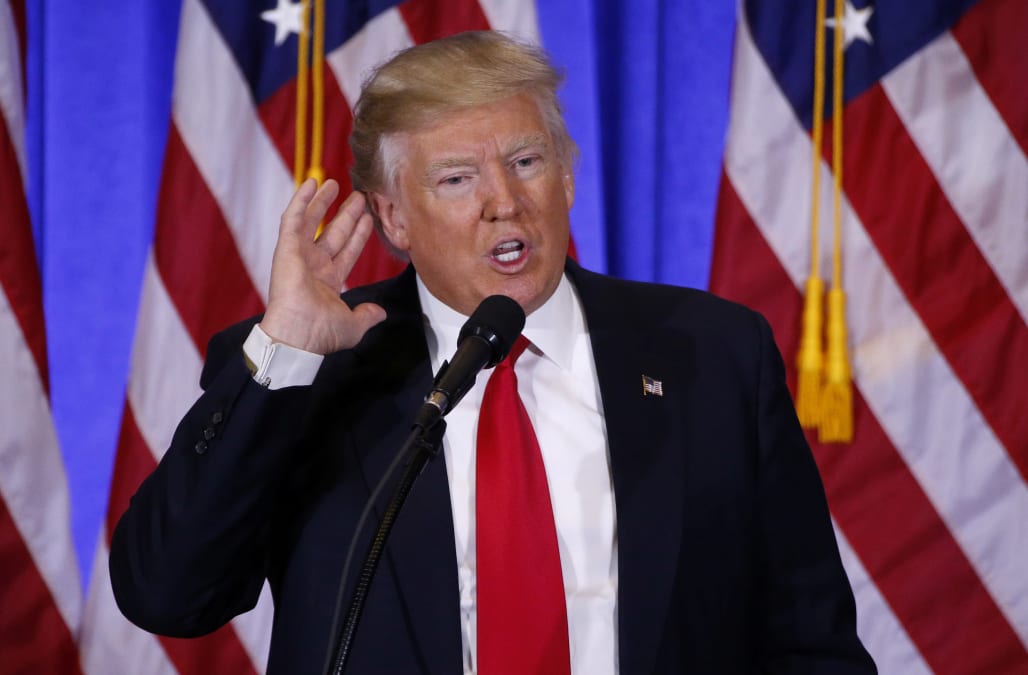 CNN distanced itself from BuzzFeed on Wednesday after the digital news outlet published a document which contained unverified claims about President-elect Donald Trump's campaign conduct and personal life.

CNN published a report Tuesday which said US intelligence officials had presented Trump with a two-page synopsis of an intelligence report that indicated Russian agents claimed to have compromising information on the president-elect.

BuzzFeed quickly piggybacked on the report. The outlet published what it said was the full 35-page memo the two pages were based off. The organization noted it had not confirmed the outlandish details of the report it published.

Trump blasted both BuzzFeed and CNN during a news conference on Wednesday, calling BuzzFeed a "failing pile of garbage" and dubbing CNN reporter Jim Acosta "fake news" when he attempted to ask a question.

The criticism from Trump prompted CNN to not only defend its own reporting, but also detail the differences between its report and BuzzFeed's.

The statement continued: "CNN made it clear that we are not publishing any details of the 35 page document because we have not corroborated the report's allegations. Given that members of the Trump transition team have so vocally criticized our reporting, we encourage them to identify, specifically, what they believe to be inaccurate."

Tapper, who also worked on CNN's report, rebutted incoming White House press secretary Sean Spicer, who also attacked the cable news network, pointing out that CNN only reported one detail of the memo only to disprove the specific claim's veracity.

"CNN never did that, we never even provided even one detail from that dossier, except this morning when I said there was reason to believe that one detail that had been out there because of BuzzFeed was false, involving Trump's attorney Michael Cohen," Tapper said.

"When Mr. Trump went after our own Jim Acosta, saying he's fake news and he's not going to call on him, what I suspect we're seeing here is an attempt to discredit legitimate, responsible attempts to report on this incoming administration with irresponsible journalism that hurts us all. And the media going forward should keep that in mind," Tapper said, referencing BuzzFeed.

He continued: "It's irresponsible to put uncorroborated information on the internet. I can understand why president-elect Trump would be upset about that, I would be upset about it to. It's why we did not publish it, and why we did not detail any specifics from it because it was uncorroborated, and it's not what we do. We are in the business of sussing out what is true and what is false.

For its part, BuzzFeed defended its decision in a statement shared with its employees.

"We stand with Ben on his decision to publish this newsworthy document, which was reported on by multiple news outlets and seen by high level government officials including the president and president-elect," founder and CEO Jonah Peretti said in a staff-wide email.

"As a result of this decision, we were criticized by the incoming administration," Peretti continued. "We are not going to respond to these divisive comments, which put us in great company by the way — The New York Times, CNN, and The Washington Post have all been attacked. So has Meryl Streep and the cast of Hamilton, but we'd never compare ourselves to people that talented."

The BuzzFeed founder concluded: "We are going to keep doing what we do best, which is deliver impactful journalism."

NOW WATCH: 6 'healthy' eating habits you are better off giving up

SEE ALSO: 'We can't be seen as trapped in that kind of fight': A dark-horse DNC chair candidate doesn't want to rehash the 2016 primary