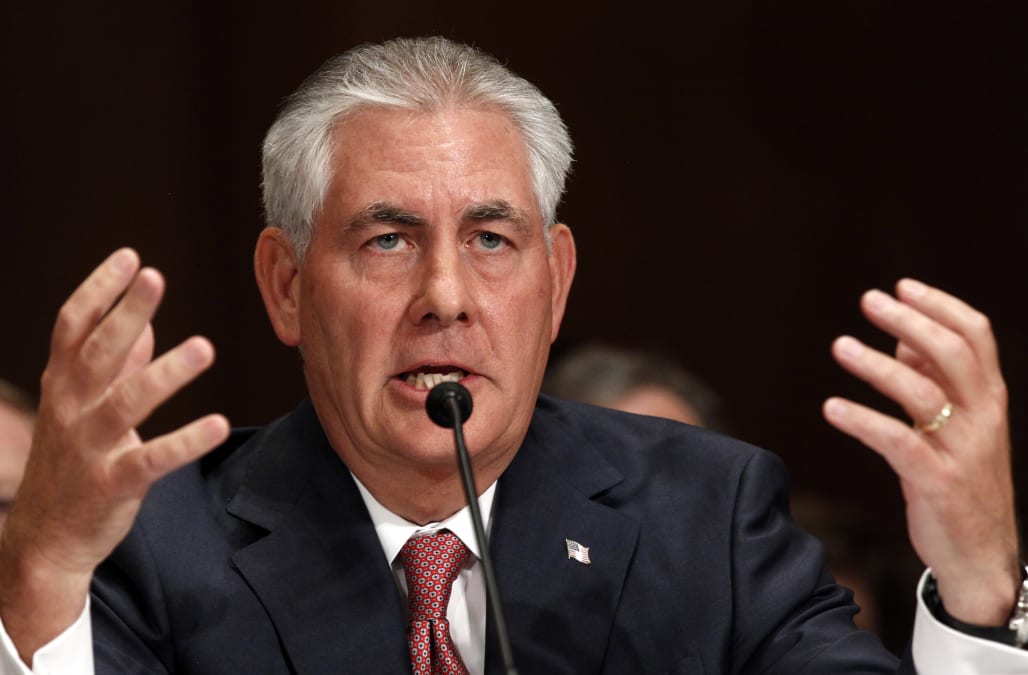 WASHINGTON, Jan 4 (Reuters) - Rex Tillerson, President-elect Donald Trump's nominee for secretary of state, won over Republicans during meetings at the U.S. Senate on Wednesday, but Democrats want more time to consider his record, especially his ties to Russia.

Senator Bob Corker, the Republican chairman of the Senate Foreign Relations Committee, described Tillerson as "very much in the mainstream" of U.S. foreign policy thinking.

Related: Rex Tillerson through the years

Tillerson, Exxon Mobil's former chairman and chief executive, drove the company's expansion in Russia and opposed sanctions imposed over its annexation of Crimea.

Many lawmakers, including Republicans, have expressed concerns about Tillerson's relationship with Moscow, given its differences with Washington not only over Ukraine but the civil war in Syria.

Asked on Wednesday if he could support Tillerson, Republican Senator John McCain, a leading U.S. critic of Russia, told reporters: "Sure. There's also a realistic scenario that pigs fly," the Houston Chronicle reported.

U.S. intelligence officials have concluded that Russia intervened in the 2016 election to help the Republican Trump.

Corker, whose committee will conduct Tillerson's confirmation hearing, which is expected to start on Jan. 11, told reporters he was comfortable Tillerson would lead a robust U.S. policy toward Russia.

Senator Ben Cardin, the top Democrat on the foreign relations panel, said after his meeting with Tillerson that he had not reached any conclusion on him.

"We're just at the beginning of the process," Cardin told reporters after spending about an hour with the nominee.

Tillerson did not speak to reporters.

Russia and Tillerson's view of sanctions are expected to be a focus of Tillerson's confirmation hearing, which could last for two days next week.

Democrats have called for a delay before Tillerson's hearing, given the complexity of his financial records and ties to Exxon after spending decades at the oil giant.

Cardin said it was too soon to discuss Tillerson's agreement announced late on Tuesday to sever all ties to Exxon Mobil to comply with conflict-of-interest requirements.

Senator Chris Coons, another Democrat on the foreign relations panel, said next week may be too soon for the hearing, given Republicans' plans to vote at the same time to repeal Democratic President Barack Obama's healthcare law.

"It strikes me as trying to get too many things done at the same time," he said. Coons said he was "generally encouraged" by some of Tillerson's answers during their 1-1/2-hour meeting but had not decided whether to support his nomination.