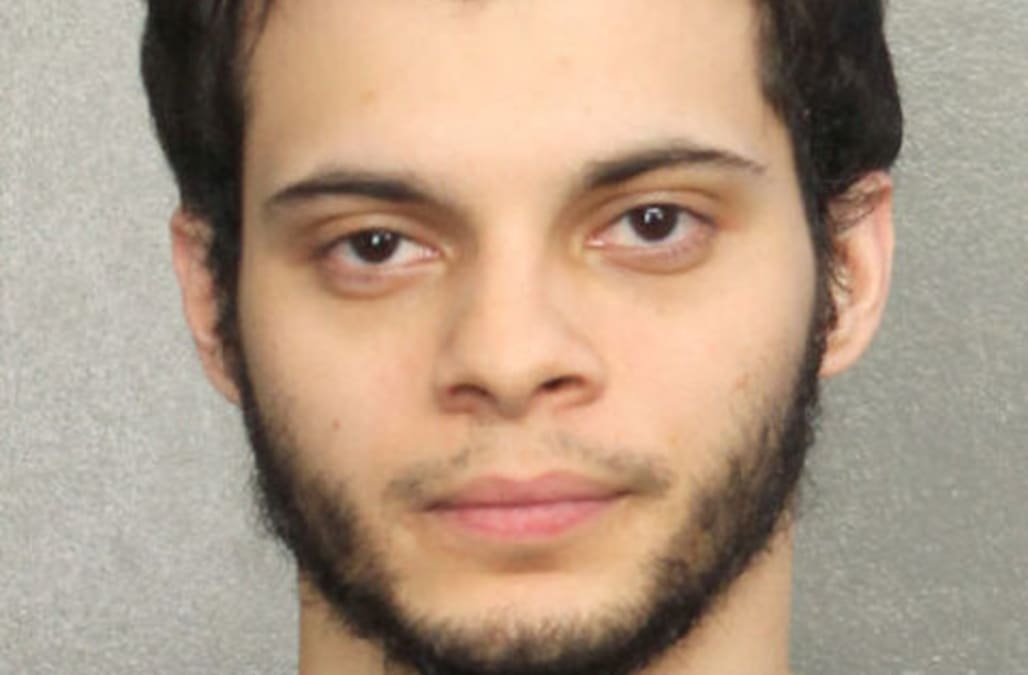 Esteban Santiago allegedly planned to fly to New York on New Year's Eve, but later canceled his ticket and flew on a one-way fare to Florida instead.

FBI spokesman George Piro said during a Friday night news conference on the Fort Lauderdale shooting that the agency was looking at other states Santiago may have been connected to.

Reactions to incident at Fort Lauderdale-Hollywood International Airport
#breaking reports of shots fired at FLL Live pics from #chopper4 @CBSMiami https://t.co/PkZBiERKo9
>@MxWllSolutions has tweeted a photo of a victim at the FLL airport. "Guy is bleeding profusely."
Yikes, look at this breaking news text I just got... I'm sure this will be all over the news soon... #FLL… https://t.co/zg8wbLGmby
Hope it's inaccurate or wrong but apparently there's a mass shooting at FLL airport, please be safe... prayers for the victims 🙏
NBC NEWS: 9 people shot, 1 dead at Fort Lauderdale-Hollywood International Airport; shooter is in custody, law enforcement sources say
.@WPLGLocal10 is working to confirm these tweets by former WH Press Secretary @AriFleischer of a shooting at… https://t.co/6JmUfkrI7b
I'm stuck on the FLL airport tarmac in terminal 2 and there's a roadblock on I-95. Apparently there was a shooting… https://t.co/vbnZRSMqz6
I'm at the Ft. Lauderdale Airport. Shots have been fired. Everyone is running.
#BREAKING Suspect in custody after shooting at Ft. Lauderdale Airport https://t.co/XjP9GAV2WU https://t.co/XVCWPP2GvX
Tragic news out of Florida today, with news of an airport shooting. We're 6 days into 2017 and this is our 6th ma… https://t.co/PnqUMkRLKQ
Up Next

The Associated Press reported on Saturday that Santiago traveled to Florida specifically to carry out the attack.

It is unclear whether New York City may have been his original target.

Federal law enforcement officers and local police flooded the streets of New York City on New Year's Eve in a show of force after a number of terror attacks that claimed lives in Nice, France and Berlin, among others.

More from Business Insider:
Mexico's government is getting ready to deal with President Donald Trump
Families of Americans killed by ISIS are suing Twitter for allegedly providing 'tremendous utility and value' to the terrorist organization (TWTR)
REPORT: Jared Kushner to join White House as senior adviser in test of nepotism laws