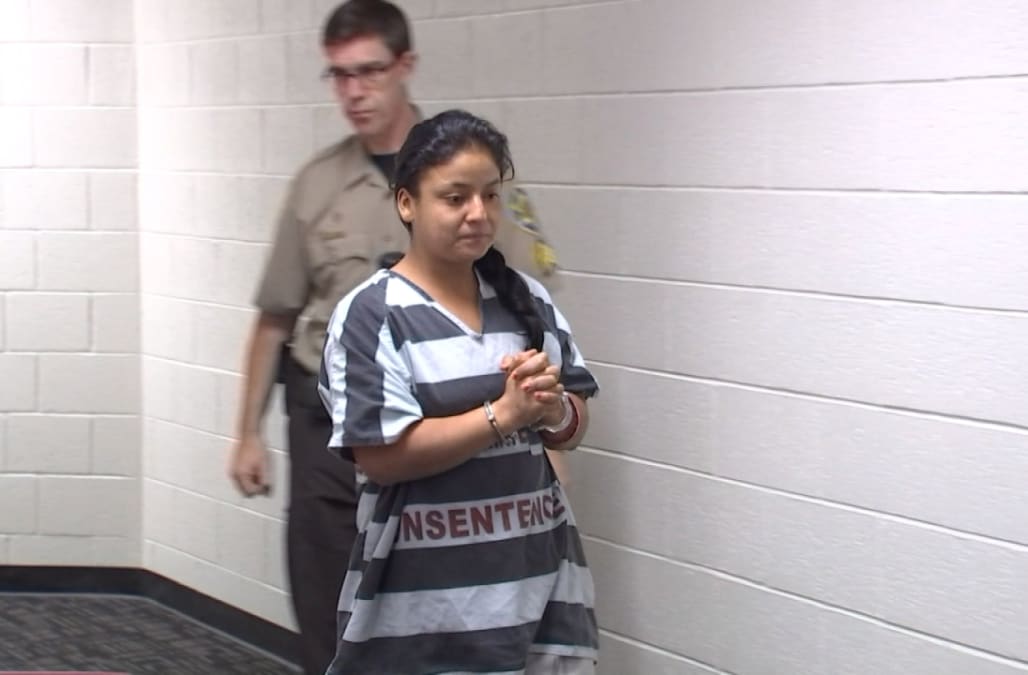 An Arizona woman who allegedly stripped nude while walking down a road before allegedly stealing a police vehicle for a 70-mile joyride says she believes she had been poisoned prior to the incident.

"I've never gone a trip like that," Lisa Luna said in a jailhouse interview with KPHO.

The 31-year-old from Mesa told reporters she's used spice and methamphetamine in the past, but "never felt like that before."

Luna said she believes a relative may have been adulterating her food before a Maricopa County Sheriff's Deputy said he found her walking naked down a road last Thursday.

"She had been giving me stuff that had been making me feel really weird," Luna said. "I don't know what it was."

When the deputy first encountered Luna, he said she told him she'd been sexually assaulted, according to an MCSO statement.

"Standing outside his vehicle, the deputy attempted to assist the woman by covering her with a blanket. She then entered his pickup truck on the driver's side and started to leave the scene," the statement reads.

The 70-mile chase that allegedly ensued made news nationwide, but that's not why Luna said she wants to set the record straight.

Luna also took the opportunity of her jailhouse interview to thank the deputy whose car she allegedly stole, calling him "a very good man."

"I remember him trying to help me," Luna said. "But there was a lot of stuff I didn't have control over. I just remember just wanting to just let go, not wanting to live. I just felt like my body was just being burned and raped repeatedly. Like it just felt unreal."

Luna remains jailed on suspicion of felony counts of endangerment, aggravated assault with a deadly weapon and theft of a means of transportation.

Watch: Woman Steals Ambulance to Drive Home After Being Discharged From Hospital: Cops

Her blood is being tested for traces of intoxicants, officials said.

Luna had her first court appearance Monday, when a judge set her bond at $50,000. She's due back in court on January 12.