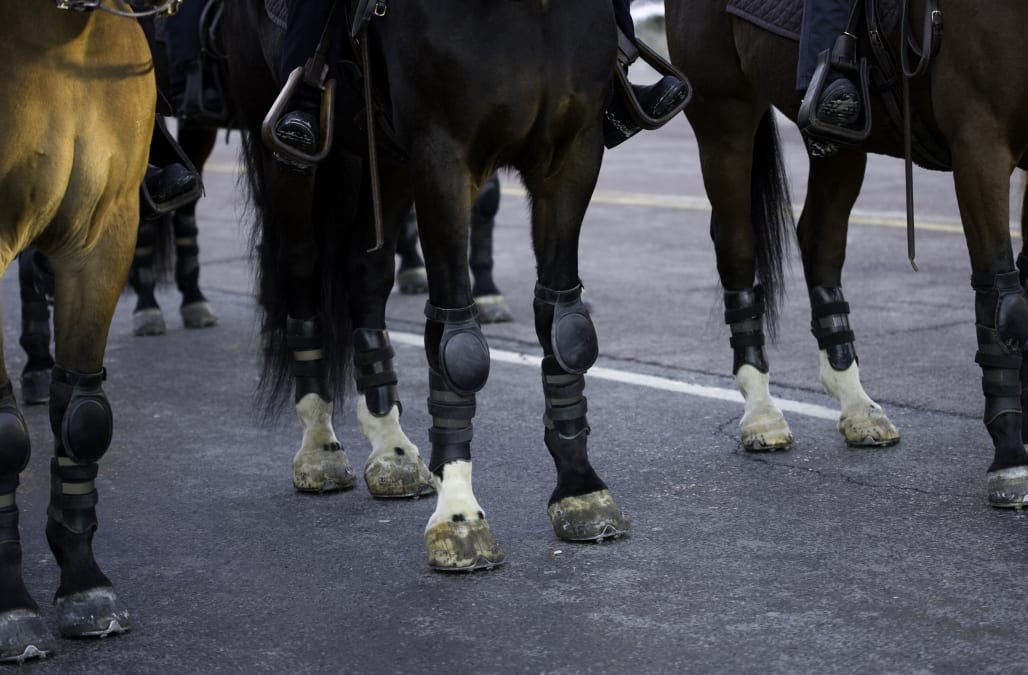 DENVER (KDVR) -- A Denver police officer on the mounted patrol unit has been docked one day of vacation as punishment after documents showed his horse was left tied up for 16 hours without food or water.

A disciplinary letter said that on Sept. 26, officer Joseph Teeter finished his mounted patrol shift and returned to the Denver Police Mounted Patrol Barn to unload his horse, MC Hammer, into a stall.

Teeter tied the horse to an eye hook with a rope that left about 2 to 3 feet of slack. The letter said Teeter "became distracted doing paperwork and forgot he had left the horse tied in the stall."

The horse was discovered still tied up in the stall at 6:15 a.m. the next morning. The horse had no access to food or water during those 16 hours.

Despite being given food and water upon discovery, the horse was showing signs of pain and was taken to Littleton Equine Medical Center.

According to the letter, it was found the horse had colic and had to be euthanized.

"The medical experts who evaluated the horse were unable to conclude that the horse's condition was caused by being left in the stall without food or water for approximately sixteen hours," the letter said.

The letter said Teeter showed real remorse for his actions and took complete responsibility for the "forgetfulness."

Teeter was docked one eight-hour vacation day as punishment.