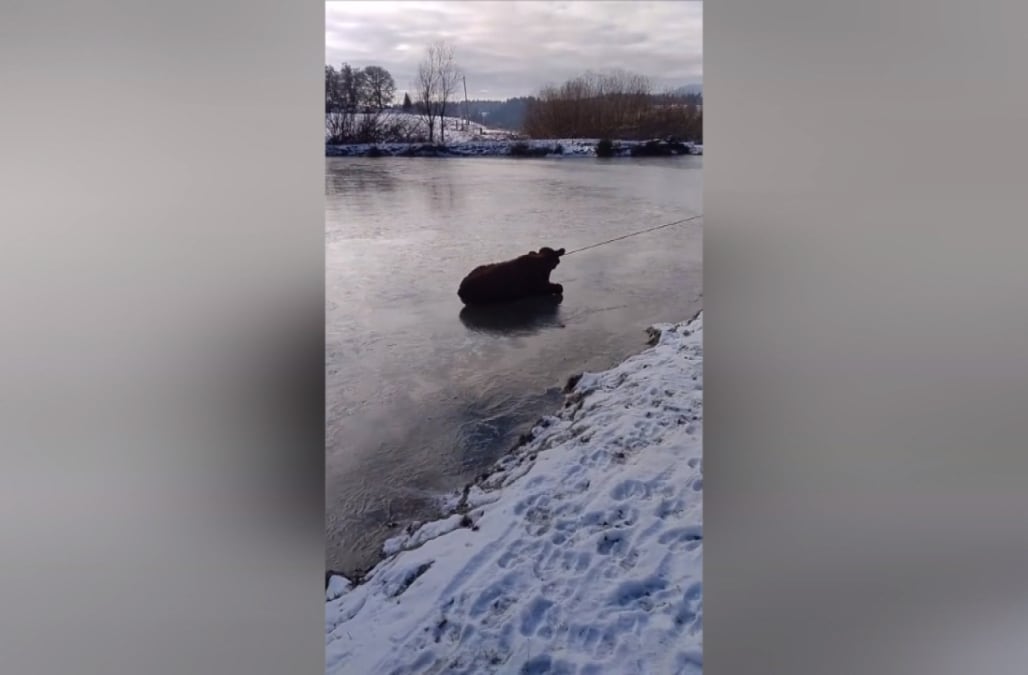 It was a slippery rescue for this cow, who had to be lassoed to safety after it somehow got itself stuck in the middle of a frozen pond.

Read: Cowboy Rides Hood of Sheriff's Patrol Car to Lasso Runaway Cow: 'I Said Come On... and Bring Your Rope'

When witnesses reported the poor bovine stuck on the frozen pond in Monmouth, Oregon, on Friday, the Polk County Sheriff's Department intervened.

"Deputies discovered the cow had gone out into the frozen pond, had fallen and couldn't get up," authorities wrote on Facebook.

As they debated how to get the cow back to safety, authorities were eventually able to get in touch with the owner, who arrived on the scene with a lasso.

According to a video of the rescue, the owner and the owner's friend were able to lasso the cow, and drag it across the ice back to safety.

Within minutes of getting off the ice, the bovine could be seen getting up, and walking on its own back to the barn.

The Polk County Sheriff's Department later told InsideEdition.com that the cow is now "doing fine and walking fine under its own power."