Watch: Cops cuff volunteers for feeding the homeless in Florida 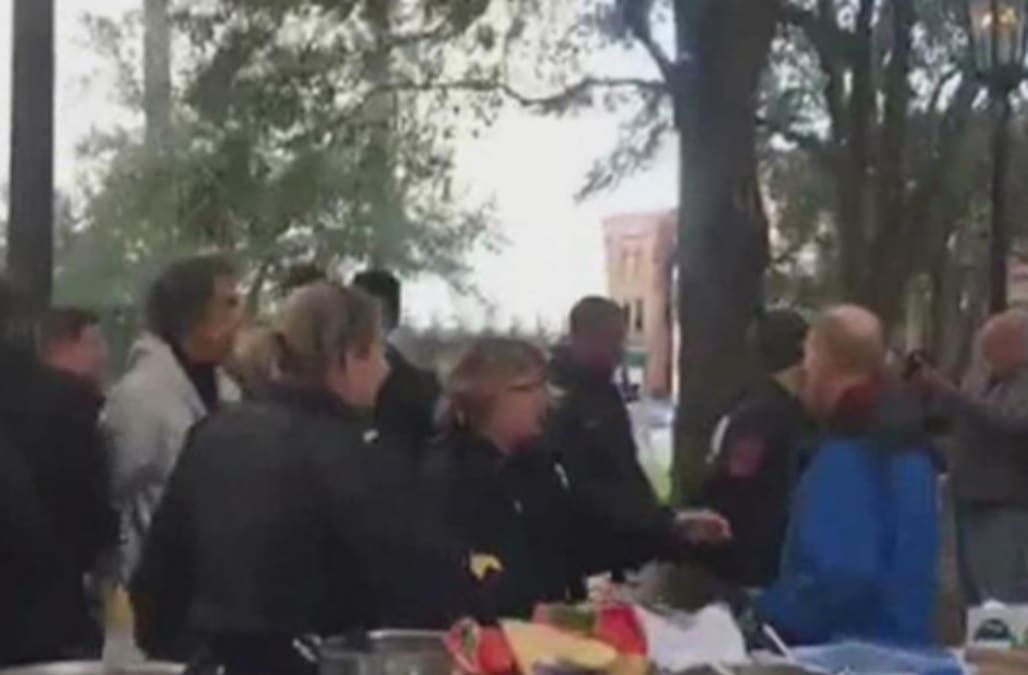 Their only crime was an act of charity.

The arrest of seven volunteers for feeding the homeless in Florida sparked a national outcry after videos of the incident spread across Facebook and other social media.

Six men and one woman with Tampa's activist group Food Not Bombs were cuffed and hauled out of Tampa's Lykes Gaslight Square Park on Saturday as they distributed hot coffee and bagels to the city's hungry, according to police and video footage. The reason? The do-gooders did not acquire a permit to serve food in a public park, which is required by city ordinance, cops said.

The aggressive tactics have not discouraged the group's volunteers. In fact, they plan to feed more homeless people on Tuesday, the group said.

"We intend to expose the city's cruelty in the face of thousands in our community who are struggling with issues of food insecurity, mental and medical health issues, poverty, and homelessness," a spokesperson for the group said in an email. "If the city will not address these problems, the least they can do is not get in the way and stop others from addressing these needs. Compassion should never be criminalized."

"We warned them: You set up table, chairs and everything, that's against ordinance," Tampa Police spokesman Hegarty said on Sunday. "We told them exactly what would happen. And that's exactly what happened."

The volunteers were charged with trespassing and released on Saturday afternoon, the Tampa Bay Times reported. But by then a backlash was already brewing. Video of the arrests published to Facebook went viral. By Monday afternoon, two separate posts had been shared more than 68,000 times and viewed by more than 2.7 million people around the country. Thousands flooded the posts' comment threads.

"This is truly sickening," wrote one viewer, echoing the sentiment shared by hundreds more.

Tampa, however, is far from the only city that has laws on the books that aim to discourage food sharing with the homeless, according the National Coalition for the Homeless. A 2014 report by the advocacy group that more than 50 cities across the U.S. have attempted to enact policies that would band or restrict the feeding of the homeless, including liberal cities such as Philadelphia, Seattle, and Denver.

Nor was Saturday's incident the first time such an arrest has drawn national attention. In 2014, cops in Fort Lauderdale, Florida arrested a 90-year-old World War II veteran after he provided food to homeless people in a city park.

The post Watch: Cops Cuff Volunteers For Feeding The Homeless In Florida appeared first on Vocativ.