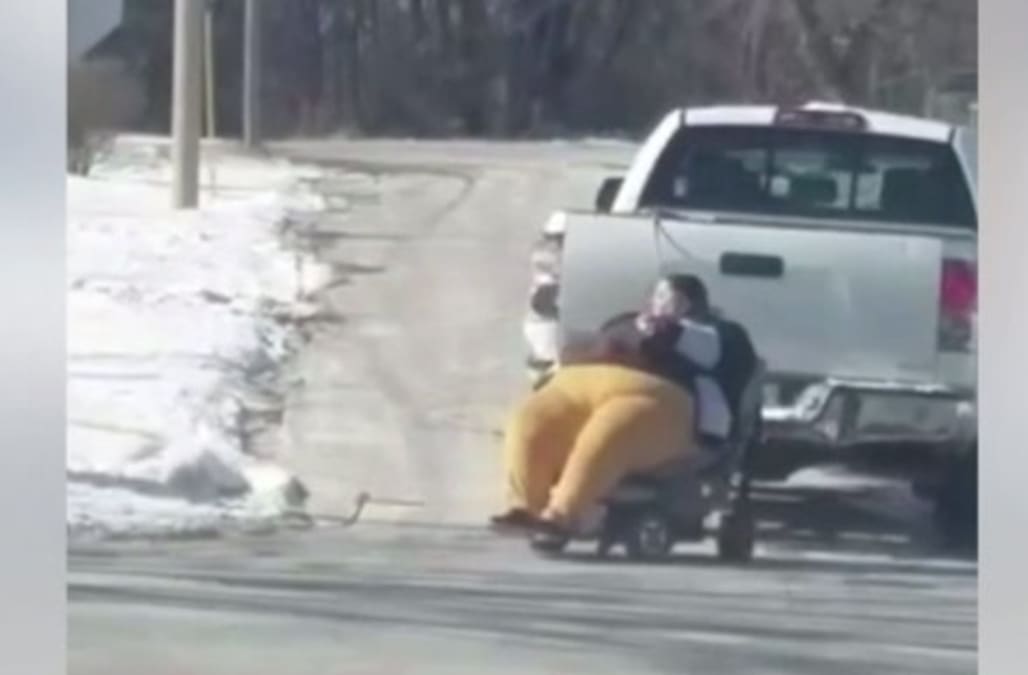 KANSAS CITY, Mo. (WDAF) -- A local pastor is taking heat on social media after posting a video to Facebook that gained more than one million views.

Sunday night, Pastor Lamond Rushing is apologizing to the handicapped woman it offended.

FOX 4's Molly Balkenbush spoke to that woman and the pastor.

That video had more than 11,000 shares before Pastor Lamond removed it from Facebook, after our interview with him.

Hundreds of people in the comments mercilessly mocked the woman in the video, while hundreds of others shamed the pastor for posting it.

Becky Kittrell said the battery died on her power wheelchair Saturday and she was left freezing in Kansas City's dangerously cold weather.

"If I get stuck for a period of time and stuff, I get so cold I'll be like, 'I have to get home," Becky explained.

Thankfully, a man in a pickup truck offered to help get Becky home.

"That's all the thing, I just needed, just somebody to help me," Becky said.

She said it was a true act of kindness.

"They were nice and they did everything they could do for me and stuff, and I thanked them for doing it for me," she recalled.

Little did Becky know, someone was filming her, and then posted the video on Facebook for thousands of people to see.

That man was Pastor Lamond Rushing.

"I had no intent on making fun of nobody. You know, I didn't even think it would even go nowhere and I just put it on there and said 'only in Kansas City," Lamond explained.

Pastor Lamond said he only posted the video because it was something he had never seen before, not because he was trying to make fun of the woman.

Becky's not on Facebook, but the video eventually made its way to her son, who told her about it.

Becky thinks rather than just taking a video and putting it online, a pastor could have offered help.

"He should have just came and asked me something, if I needed some help or something," Becky said.

Even though Lamond said he meant no ill-will, the comments on his video quickly turned cruel.

"When I read the comments, I saw then. I saw then, but I didn't mean no harm in that," Lamond said.

The video remained online during our interview Sunday with Pastor Lamond.

FOX 4's Molly Balkenbush asked, "are you going to take it down?"

It appears Pastor Lamond did remove the video after the interview.

Pastor Lamond said he did drive back around the block after he filmed the video to check and see if everything was okay.

More from AOL.com:
Was the viral toddler video a complete hoax?
Shop this video: Why you need this collapsible bottle
Amazing video shows toddler saving twin after dresser fell on him